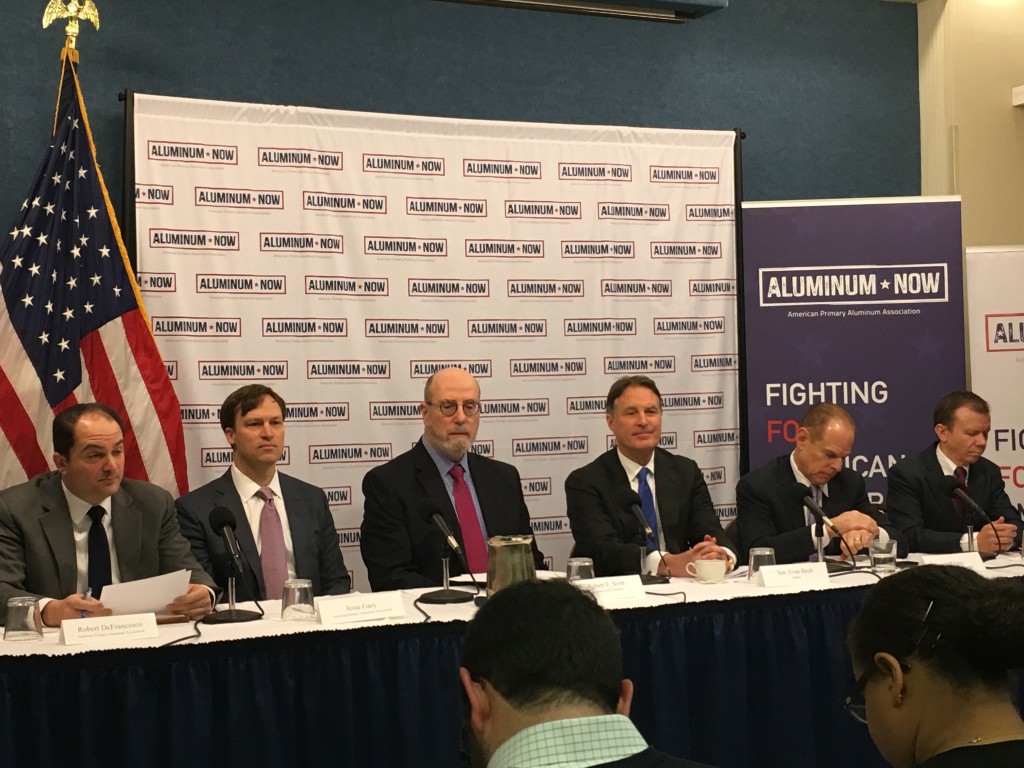 Tariffs on steel and aluminum have created many uncertainties within the glass and glazing industry and the general U.S. market. However, a new report claims the tariffs have been effective at increasing jobs and aluminum production in the U.S. The National Press Club recently held an event called, “The Real Economic Effects of President’s Trump’s 232 Aluminum and Steel Tariff,” aimed at answering questions about the tariffs’ impact on the U.S. economy throughout the past nine months.

Robert E. Scott, senior economist at the Economic Policy Institute, released a report that says the “aluminum tariffs have led to a strong recovery in employment, production and investment in primary aluminum and downstream industries.” The report set the tone for much of the panel discussion. Scott was joined on the panel by former U.S. Senator Evan Bayh (D-IN); Scott Paul, president of the Alliance for American Manufacturing; Jesse Gary, executive vice president and general counsel at Century Aluminum; and Jeff Ferry, research director at the Coalition for a Prosperous America.

Bayh started the panel discussion by speaking about his longstanding interest in aluminum and steel. He said that Indiana has the highest percentage of manufacturing employment and is the largest producer of steel.

“I’ve seen firsthand what happens when jobs evaporate,” he said.

Bayh went on to say that people in the U.S. are willing to compete, but competition is not possible in the case of steel and aluminum because of unfair and predatory trade practices.

“No nation can afford to put production capacity, especially with something as important as aluminum and steel, entirely in the hands of others,” he said.

Scott followed Bayh by reiterating the importance of the U.S. aluminum and steel industries.

“It was devastating to watch the sector decline because of unfair trade practices such as subsidies, dumping, excess capacities and manipulation of currency,” he said.

According to Scott, the tariffs have been very effective. He said that there will be a 67-percent increase in aluminum production by the end of 2018 with seven new smelters in operation. This will create more than 1,000 new jobs and generate $100 million in new investments, according to Scott.

“There’s been no negative impact on employment or the economy,” said Scott.

Paul agreed, saying that any price impacts from the tariffs have had a negligible impact from a macroeconomic standpoint. He pointed out that hiring is now a big problem due to a 2.9 percent unemployment rate and half a million job openings within the metal manufacturing sector.

Gary said that many smelters worldwide are propped up by governments outside of the U.S., with China being a major problem. He credits the tariffs with the restarting of U.S. smelters, saying there’s been a 60-percent increase in the past nine months.

“These are jobs you can raise a family on,” he said.

Each panelist agreed that the claims that downstream producers would feel a negative impact from the tariffs have not materialized. They believe the economy has absorbed any price increases. It was also agreed upon that the tariffs need to stay in place, but more also needs to be done to correct unfair trade practices.

“We need to reduce the global overcapacity. Tariffs alone won’t do that, but we need to provide the domestic industry with enough space to modernize,” said Paul. “…Tariffs have to stay in place until the markets stabilize.”

1 Response to Panel Sings Praises of Aluminum and Steel Tariffs