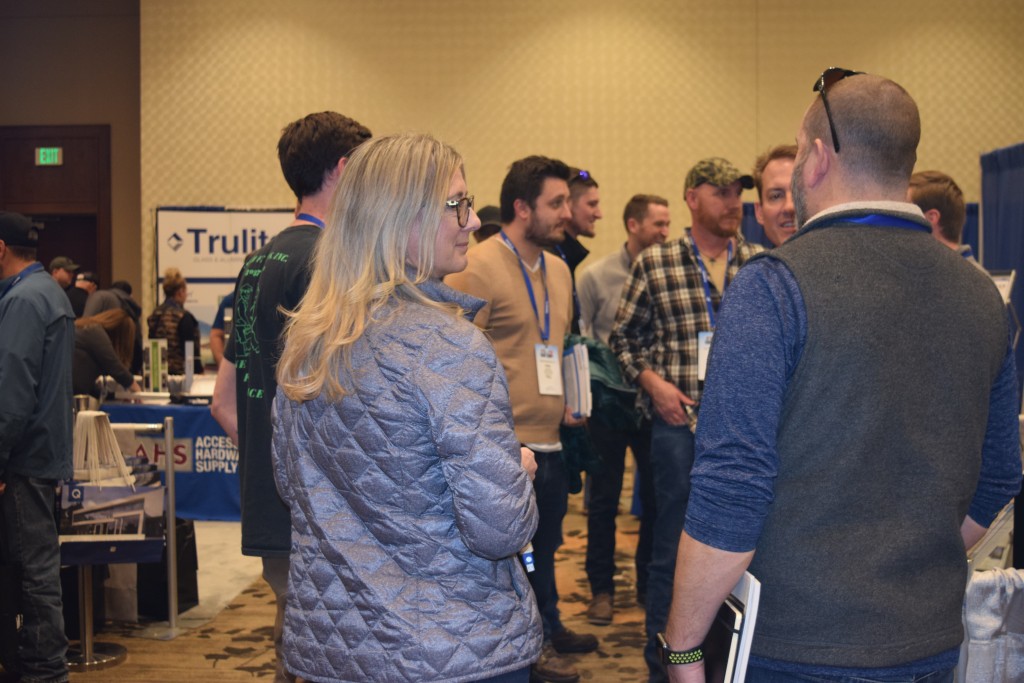 Glass Expo Rocky Mountain™ ′19 gives exhibitors an opportunity to meet face-to-face with glazing contractors and other customers in the region. Attendees can network and learn about companies’ latest products and developments. Major themes among exhibitors on the show floor at the Hyatt Regency Aurora-Denver Conference Center in Aurora, Colo. (suburban Denver), are growth, thermal performance and adapting to the labor shortage.

Morse Industries is rolling out a shower estimating software so that glass shops, estimators and project manager teams can design their shower door enclosures. The company is also noticing an increase in laminated glass, especially for interior glass above the first floor. While matte black has been a major trend within the residential sector, Tom Sulock, regional account manager, said it’s just now spreading to the commercial sector. One trend he’s seeing outside of Morse’s product line is the impact of the labor shortage.

“It’s impacting people’s ability to expand as they would have otherwise,” he said. “The shortage is spreading to project managers, estimators and in all phases of the industry.”

Billco is adapting its products to meet the needs of customers impacted by the labor shortage. They’re making changes to the cutting machines to put money back into their customer’s pockets according to Steve Rodgers, glass solutions specialist for the Southwest.

“We’ll have more automation soon. We can also do completely automatic washing or customize it for different company’s needs,” he said.

One of Billco’s latest product is its remnant storage solutions which stores different types of glass and brings them back into the schedule when needed rather than wasting the glass. Rodgers said it’s more ideal for high-volume customers. 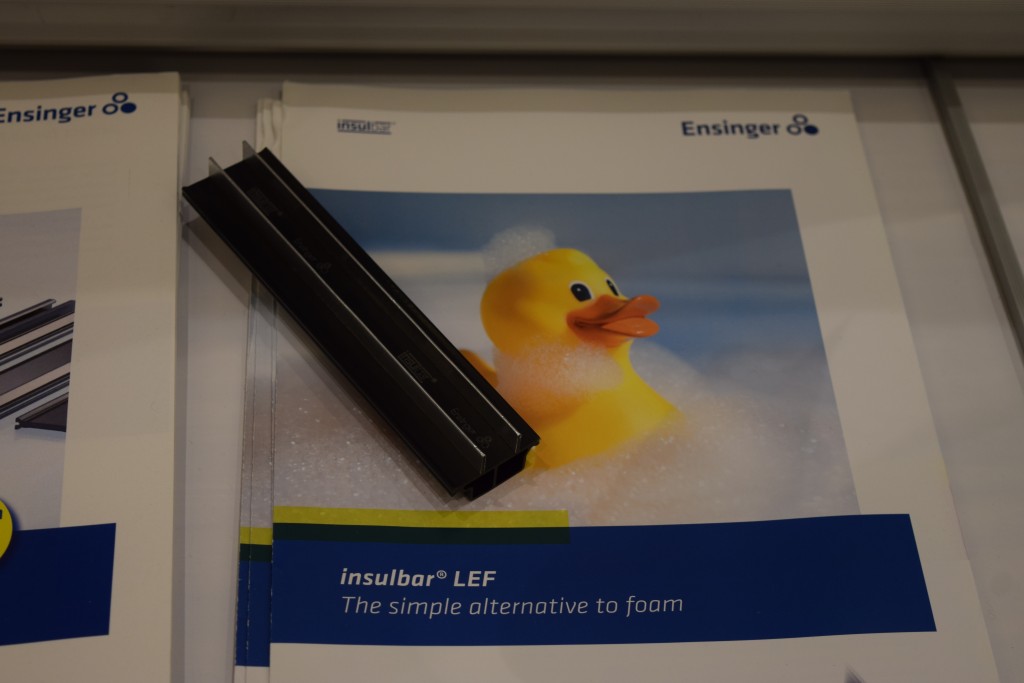 The Insulbar LEF is on display at Ensinger’s booth. The profile has an added low-E film to reduce heat loss and improve overall U-values.

“We are behind Europe, it’s almost standard there,” said Michael Gainey, product manager for Ensinger.

Technoform is rebranding itself according to Dheeraj Corepall, product manager.

“We’re talking with partners about innovative solutions and what we can do to drive the industry forward,” he said.

The company has a new polyamide pressure plate, which replaces aluminum and increases the thermal performance of the edge. It’s part of Technoform’s Spec the Edge movement to decrease U-values by focuses on edge of glass performance. 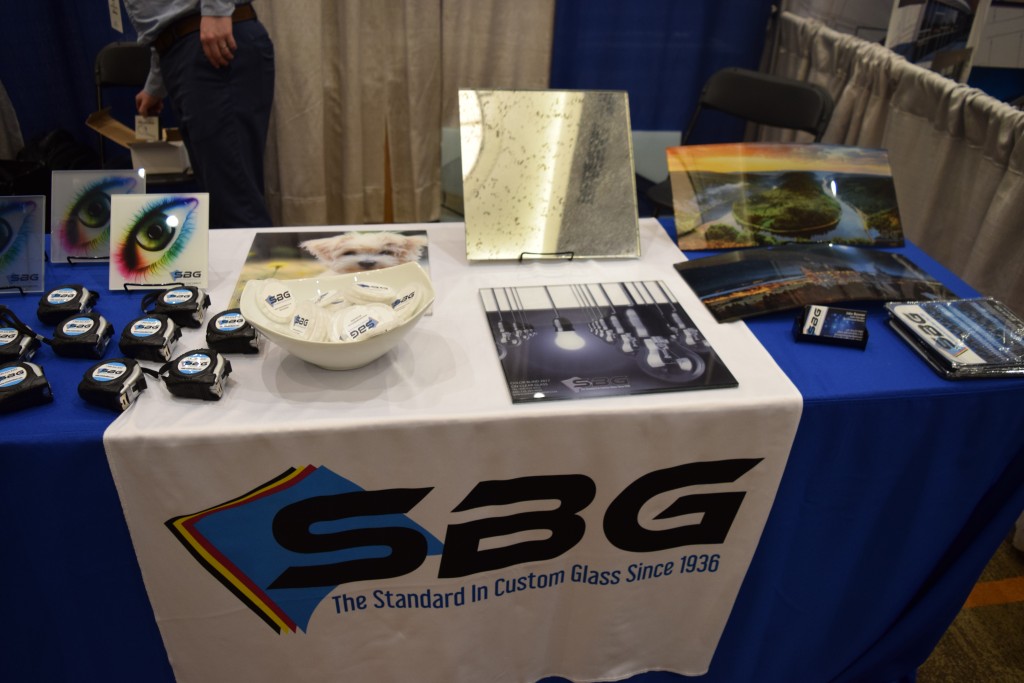 Jake Bowser, sales manager of the architectural division for Standard Bent Glass, gave some insight into the company’s recent acquisition by Ibis Tek. He said the architectural glass division will keep its name, and almost act as a separate entity from the transparent armor division.

“The name is too valuable to lose,” said Bower.

He also explained that the company is looking into the potential for a new focus on acoustic glass. 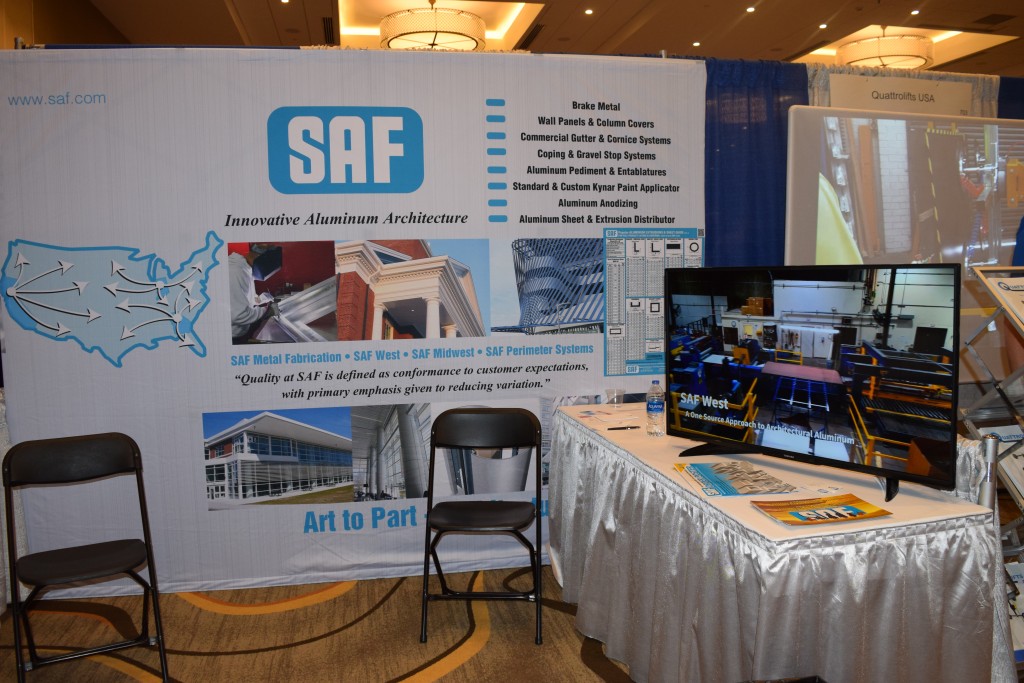 SAF is rolling out its pre-engineered sunshades this year.

“It fits perfect with our product line. We had the metal on hand, can put it together and do our own painting and anodizing. People had been asking about it for years,” he said.

While the market has been good, McClatchy said he’s noticed a shortage in aluminum.

“The domestic mills are at capacity. They’re being pickier about who to sell to. Thy told us they make more money on aerospace and the automotive industry … ” he said.

While McClatchy doesn’t expect the tariffs to last, the company is applying for an exemption.

Glass Expo Rocky Mountain™ ′19 is open until 2 p.m. today but stay tuned to USGNN™ and usglassmag.com for our continuing coverage from the trade show floor and beyond next week.