Codes and Regulatory Update Covers the Gamut at AAMA Conference 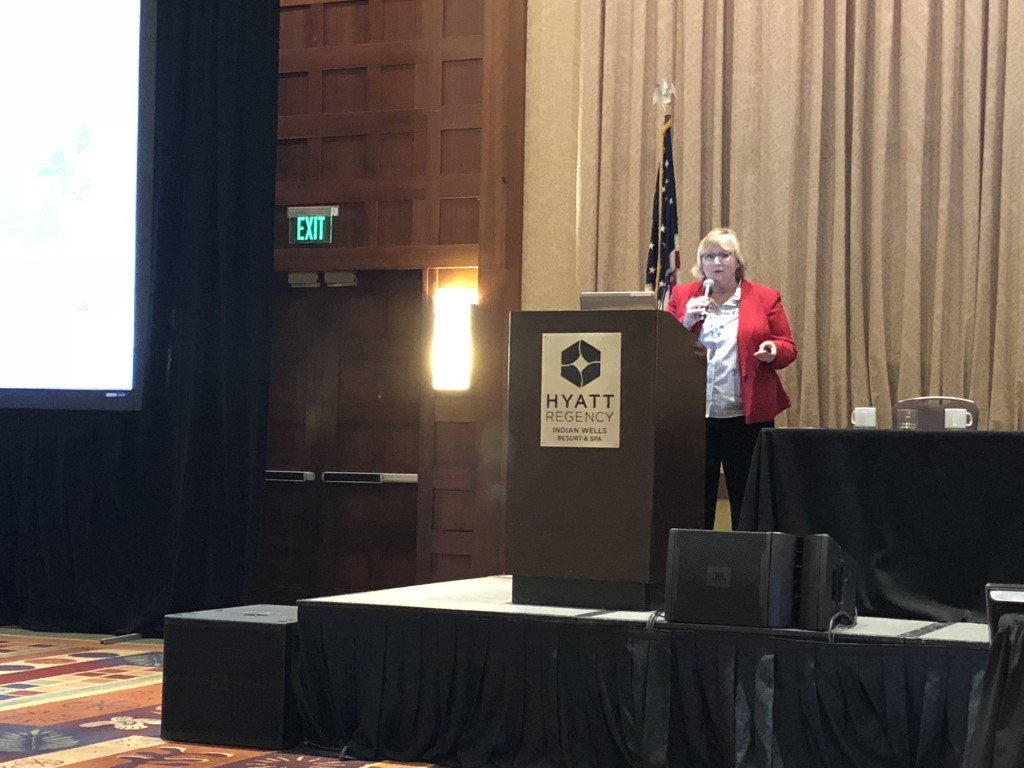 AAMA’s Kathy Krafka-Harkema gives an overview of the myriad of issues affecting the industry when it comes to codes and regulations.

The American Architectural Manufacturers Association (AAMA) continues its Annual Conference in Palm Springs, Calif., and the day started with a rapid-fire update on the myriad of programs that are having or could have an impact on the glass, window and door industries. The update was given by Kathy Krafka-Harkema, AAMA’s new and codes and regulatory affairs manager.

“If you have been reading between the lines this administration has been vocal that they would like to see Energy Star move to a user fees program,” she said.

Krafka-Harkema also stated that it has been difficult to get updated information from the Energy Star website due to the government shutdown. In fact, she said that AAMA has been receiving questions from members about tax credits for energy-efficient window products, and whether or not those are still available.

“Energy Star has clarified with us that tax credits for energy-efficient products are not available,” she said.

An update was also given on the Energy Star storm window specifications that went into effect September 5, 2018, including all of the exclusions.

On the commercial side of Energy Star she said more than 12,600 buildings have earned this designation.

A quick update on Energy Star Canada included the country’s road to simplify.

She then gave an update on the Attachments Energy Rating Council (AERC), a program out of the U.S. Department of Energy’s Office of Energy Efficiency and Renewable Energy.

“Now this group will be looking at the commercial segment and things like roller shades and touting how, in their view, those can reduce glare, etc., and can help support energy efficiency,” she said.

The topic of reduced energy continued and Krafka-Harkema pointed out a good news statistic: that energy consumption in the U.S building sector reportedly dropped 4.5 percent from 2005-2017.

These decreases will likely continue as “net zero is still a topic of conversation,” said Krafka-Harkema. “Many states have incorporated this into their long-range plans.”

The presentation covered many regulations that affect the state of California such as Proposition 65, but says many states are looking at what California is doing in regards to energy efficiency. For example, New York now has a Green Procurement proposal, which includes adhesives and paints.

“Products must not contain chemicals on the Proposition 65 list,” says Krafka-Harkema. “So Prop 65 made its way all the way to New York.”

“State agencies are encouraged to look at global warming potential or products and must set maximum acceptable levels by January 1, 2024,” she said.

The AAMA meeting continues through Thursday. Stay tuned to USGNN™ and www.usglassmag.com for additional updates from the conference.