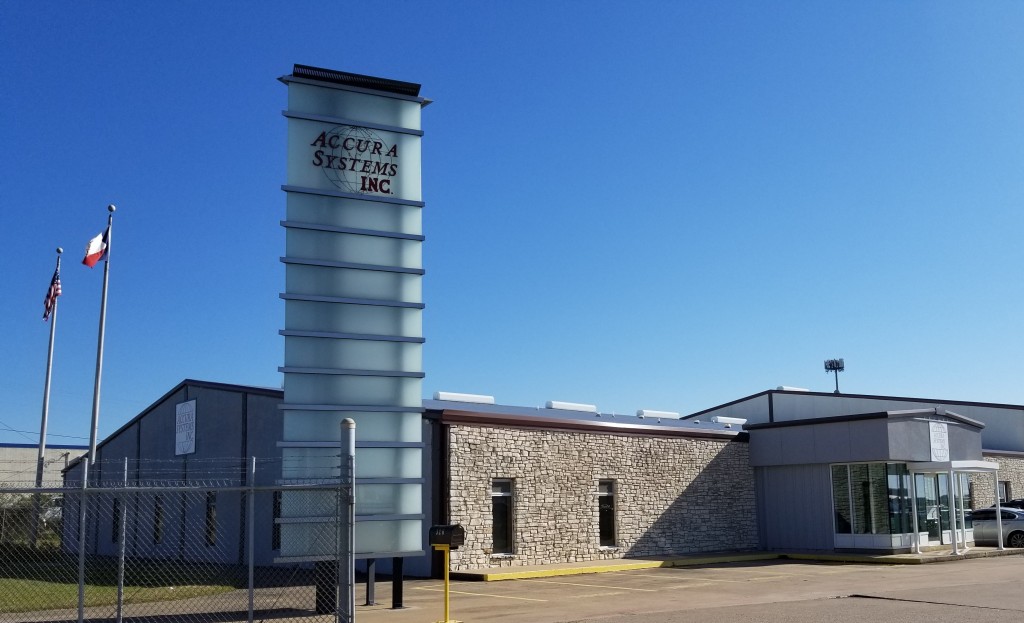 Accura Systems is celebrating 30 years in business. Its 200,000-square-foot facility is located in Sunnyvale, Texas, outside of Dallas.

With a little bit of money and a strong, supportive network, Frank Finan created framing and glazing system fabricator Accura Systems in Sunnyvale, Texas. The company turns 30 this year, and Finan says much has changed since 1989 when he left Vistawall with his partner, Jose Valdes, to create Accura.

“When we began we were small and not very well financed. As we went along we looked for opportunities,” says Finan.

The company’s first jobs were in Honolulu when the city was booming, according to Finan. He said the company quickly became experienced in more complex shipping situations, which led to business abroad.

“That market dried up and we came back to the mainland where we were already doing work. My partner was Chilean so we started looking in the market in Chili,” says Finan. “We started putting a small sales organization down there and did work in Santiago, Chile. That got us into a different world and we did a fair amount of exporting. It gave us some income to survive the crash of the commercial market in the early ‘90s. It flourished in that we were also installing in Chile what we produced here. In the U.S. we don’t install, only produce.”

Since then, Finan and Valdes split ways, with Finan keeping the U.S. operation and Valdes taking the Chilean side of the business. He says the company has focused on value-added products.

“As time went on we also decided we would do assembly and glazing … We all made high-performance windows but they would all be glazed in the field. In Honolulu the labor made it not a great place to be working so the clients were demanding a little bit more from us so that they minimized their field operations. Most of what we sent to Honolulu were high performance windows with glass in it. We were on new ground domestically through factory glazing. That was a pretty major thing for us,” says Finan. “As we went on, that aspect of the business was well received and we actually grew as a result of that. Eventually we went into unitized curtainwall; we developed a product we could use very similar to a pressure plate curtainwall system … We were doing different approaches to more standard curtainwall systems that were in the marketplace.”

Finan says one of the company’s biggest accomplishments is its financial stability. He says Accura doesn’t borrow and has contained earnings so it can survive the ups and downs of the industry. He owns Accura’s 200,000-square-foot facility outright, which he says was a major accomplishment.

In the early 2000s, the company began producing blast-resistant framing and secured several projects in the Washington, D.C., metro area.

According to Finan, one of the major challenges was doing business with the right people and remaining competitive.

Last year marked Finan’s 50th year in the glass industry. He plans to retire soon and pass on the company to his daughter.

“A challenge today is getting younger people into the business and passing on the challenges and information learned over the years to new people operating the company,” he says.