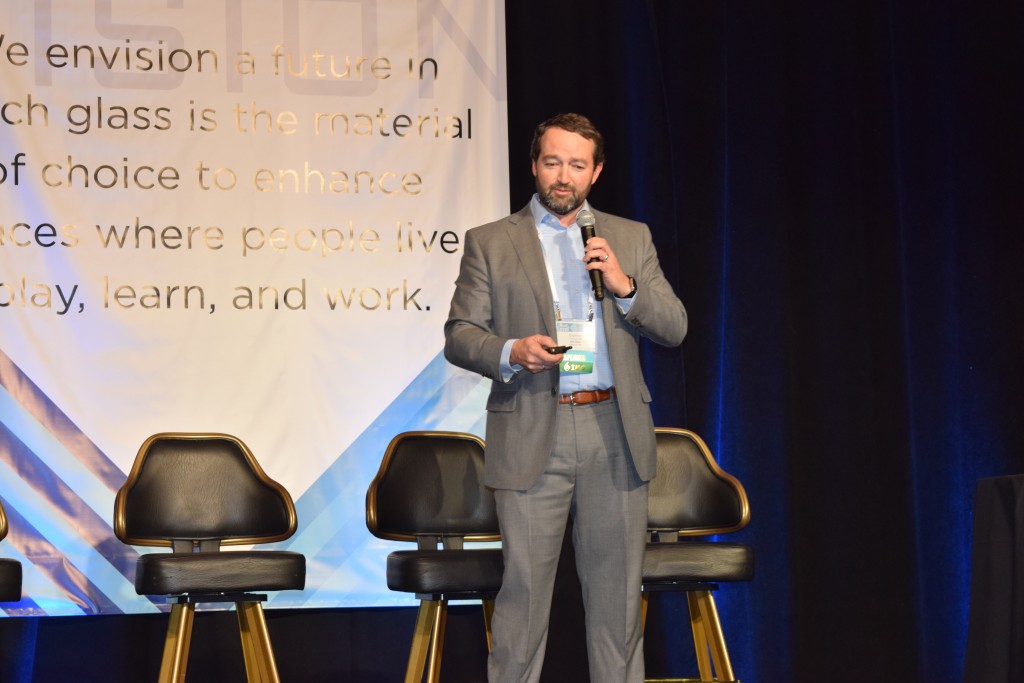 Ace Glass president Courtney Little explains how to negotiate a good contract at the BEC Conference.

A contract can have a major impact on a glazing contractor’s project experience. Courtney Little, president and general counsel for Ace Glass, explained what contract glaziers should be considering when negotiation a contract in a session titled, “Job Negotiation: Signing a Good Agreement, then Running the Job,” at the Building Envelope Contractors (BEC) Conference in Las Vegas this week.

Little, who is also president of the American Subcontractors Association (ASA) and a USGlass magazine columnist, said the organization recommends that contract glaziers use ConsensusDocs 750 for their contracts. It can serve as a guideline for contract addendums.

“There’s never been a lawsuit over the language of the contract. It’s the strongest, best construction contract out there,” he said. “There’s been no litigation.”

Little offered several points of advice to BEC attendees, such as restricting the scope of work to only what is in their bid. Defining that the scope of work protects contractors from liability for the mistakes of others.

“Make sure you don’t provide something you didn’t price,” he said.

Payment should be made by the due date according to Little, who suggests setting interest payments that start after the due date passes. This also gives the subcontractor the right to stop work until they’re paid.

“This requires a five-day written notice of intent to suspect and 21 days later you can terminate the contract,” he said. “If you pull out early and don’t have a good contract you could be liable for the damages.”

Adding a clause about backcharge claims to a contract can require the treatment of backcharges similar to change orders. This provides the subcontractor with a reasonable time to fix a problem and protects them from the backcharges that suddenly appear at the end of the project. It also limits the general contractor’s ability to withhold payments from the glazing contractor. Little suggested maintaining accurate and detailed documentation of the project to protect from backcharges.

Project schedule concerns should also be considered when signing a contract. This allows glazing contractor to recover money for any schedule changes that have an economic impact and requires that the subcontractor be provided with a reasonable time to perform the work.

“You can also terminate a contract if there is a delay greater than 90 days,” said Little. “You should have the right to say that a project no longer fits in your schedule.”

He recommended that contract glaziers participate in all available scheduling meetings and be clear about the time required to perform their scope. 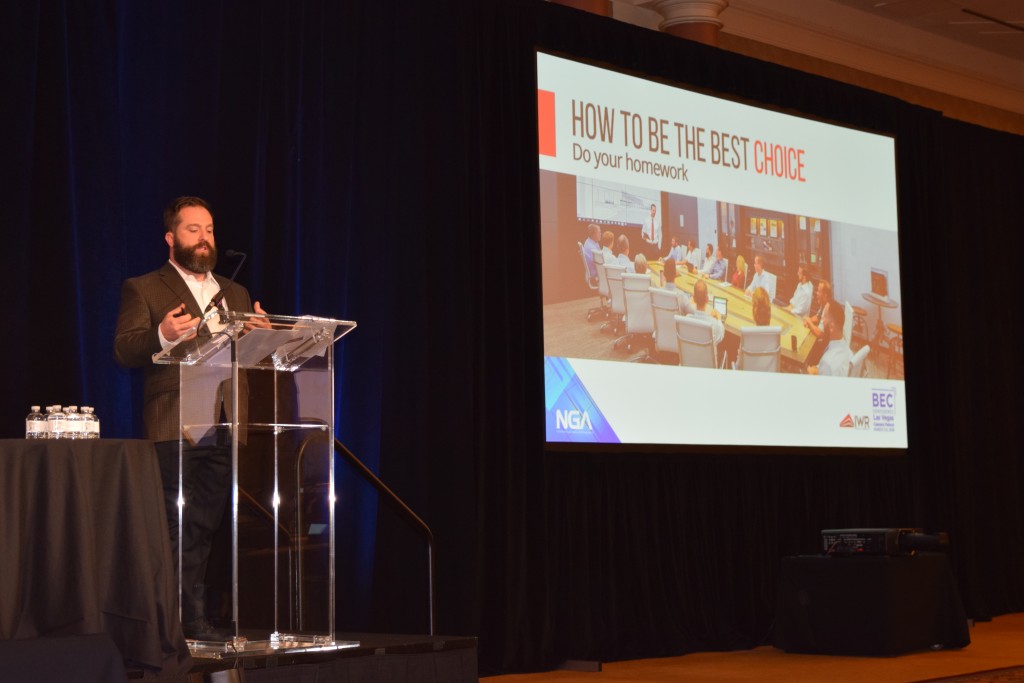 Shields said the preconstruction and the quoting process is the bridge between design intent and the execution of the project.

“You want to develop a narrative to help sell the project,” he said. “…Ultimately, custom rigging projects could have a big impact on your bottom line. We look at those projects as an opportunity to separate ourselves from the competition.”

Shields suggested that the company meet with the project team several times throughout the bid process. He said that for big jobs, two weeks isn’t enough time to do it the right way.

“We’ll meet several times as a team, meet with the equipment companies and vendors. We want to mandate how they’re going to create that equipment and the orientation of the rigs,” said Shields. “By doing that you’re developing a narrative. You’re telling the client that you’re the right choice for the job. It’s all about doing your homework.”

Shields said that when bidding, it’s important to speak about the project and how it will be approached instead of contract glaziers giving a sales pitch.

He also recommended that glazing contractors read through the front-end documents and understand all of the requirements the general contractor expects to be completed, such as safety and training. Shields said that the time and money needed to meet those requirements should be included in the bid estimate.

“Ultimately we’re seeing unique situations when it comes to the larger projects. It puts a lot more emphasis on understanding earlier rather than reacting later on,” said Shields. “Some of those conditions include jumbo glass and panelization.”

Beeche gave an overview of several examples of complex custom rigging created by his company and recommended that companies needing outside help reach out far in advance.

“Quite a bit goes into these types of projects. There have been many jobs where we were called in for screen wall applications but we were in a position where there was no time to create anything,” he said. “Develop a logistics plan pre-bid. Some of the systems can take six to eight months to engineer.” 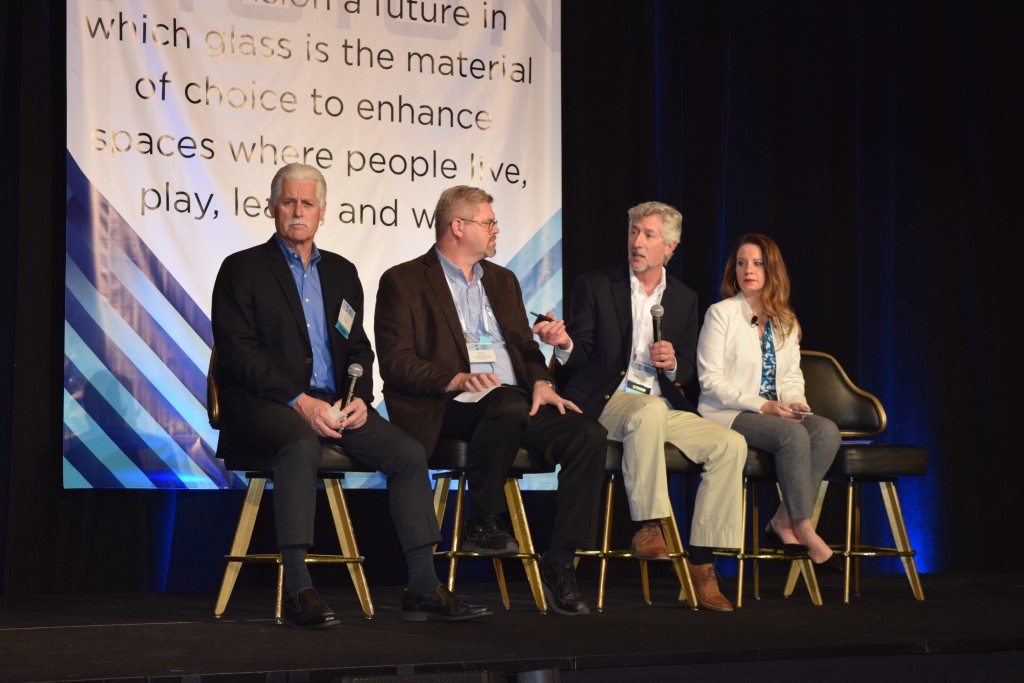 As part of the panel session, “Training for Profitable Growth and Employee Retention,” Kawneer commercial training manager Henry Taylor emphasized the importance of training contract glaziers to understand how a system works so they understand the significance of each part of their work. This type of training prevents mistakes and rework.

“Train your leads to make sure they’re doing it correctly and that all of them are doing it the same way,” he said. “You want to make sure you have consistent best practices in the field … There should be no improvising. If you deviate from the correct way of doing things and do something you came up with on your own, your manufacturers can’t support you.”

He also suggested that companies incorporate micro learning into their training strategy and bring in resources to supplement learning.

Other members of the panel also discussed the importance of reaching out to the younger generation.

“Many kids are pushed toward a college education but college isn’t for everyone,” said Dennis Bevans, general manager at Anchor-Ventana Glass. “Our industry doesn’t require a college education. We provide an alternative with a nice career. Our responsibility is to show them what that looks like.”

“There’s this mindset that construction is a low-paying job. That’s a perception we have to get over,” added Brian Hale, president of Hale Glass.