The Shops & Restaurants at Hudson Yards

The Hudson Yards development in New York has been under construction since the groundbreaking for 10 Hudson Yards in December 2012. Now more than six years later, the public will be able to experience the Vessel and the Shops & Restaurants at Hudson Yards for the first time during its official opening today.

The Shops & Restaurants at Hudson Yards are part of 20 Hudson Yards. Designed by James Carpenter Design Associates and engineered by Schlaich Bergermann Partners, the West Podium Art Wall of the building is 315-feet long and 72-feet high. W&W Glass was the glazing contractor for the design-build project. According to managing partner Jeff Haber the wall includes 700 panels of custom, curved, laminated glass panels manufactured by Isoclima in Italy. 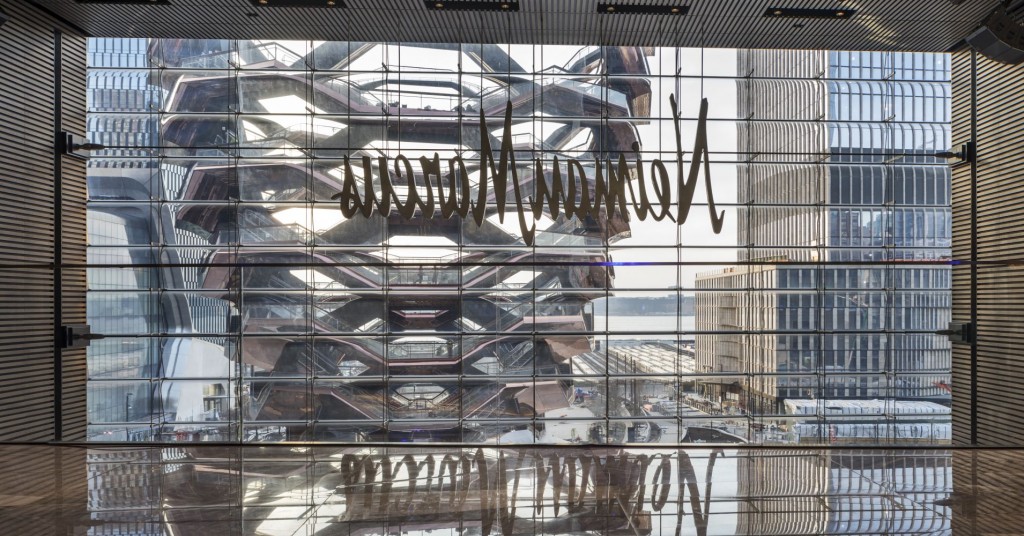 The Shops & Restaurants at Hudson Yards

“The glass is chemically tempered and has a screenprinted interlayer and is treated with an acid-etch finish. The glazing is supported by narrow horizontal mullions attached to a tensioned cable net façade supplied by TriPyramid Structures of Westford, Mass,” says Haber. “[Our] engineering, project management and installation team brought these elements together over the period of two years to create this one-of-a-kind façade. There is also a 100-foot-tall custom, curtainwall at the southeast corner of the building that illuminates an interior staircase.”

This is the second building at Hudson Yards to feature long span cable walls by W&W. The Kohn Pedersen Fox-designed skyscraper at 10 Hudson Yards was the first building to open in the development. It opened in 2016 and was followed by 55 Hudson Yards in 2017. 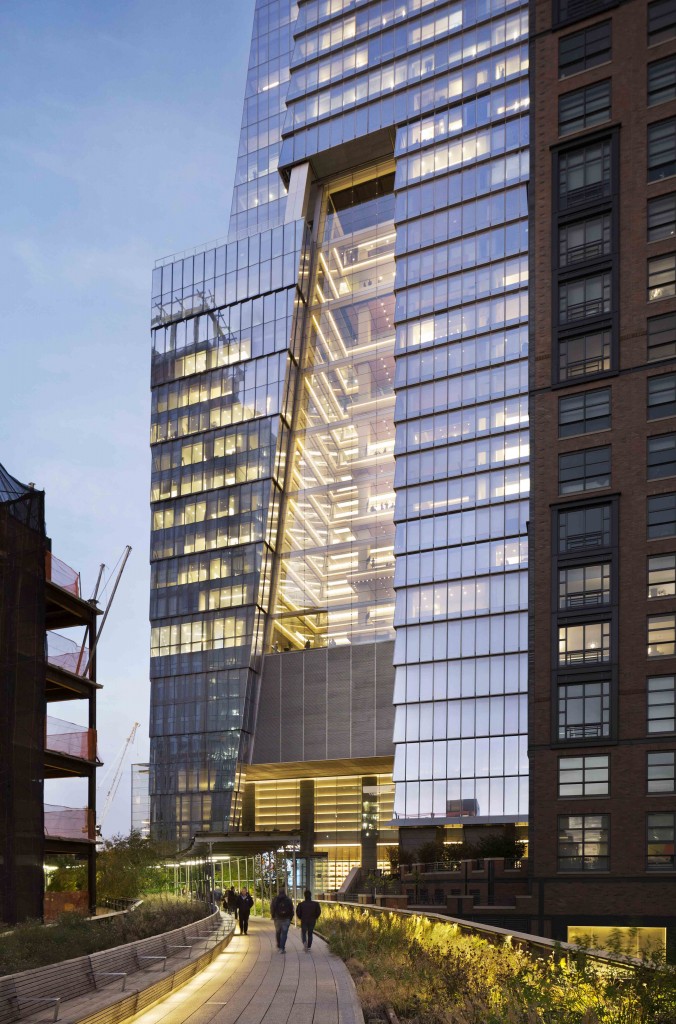 “Ten Hudson Yards, occupied primarily by Coach, the luxury goods manufacturer, has a lobby wall that is 400 feet by 35 feet and an entrance onto the Highline that spans over 75-feet high,” says Haber. “The real stunner is the atrium wall at the south side of the building that acts as a way of bringing natural light into 18 floors of conference rooms in the tower and spans almost 220 feet. Glazing for these walls was provided by Pilkington Architectural in the UK using a customized version of their Planar system with a high-performance coating from Interpane in Germany. This is by far the tallest cable wall ever built in North America.”

The Vessel, designed by Thomas Heatherwick and Heatherwick Studio, is an interactive artwork including 154 interconnecting flights of stairs with glass railings. Permasteelisa is the glazing contractor for the project.

The observation deck, located on the 100th floor of 30 Hudson Yards, is set to open next year following the building’s opening later this year and The Shed, an arts center, will open April 5, according to the Associated Press. The observation deck features a large glass floor, allowing visitors to view the city below.

Click here to watch EarthCam’s time-lapse of the construction at Hudson Yards from December 2012 to March 2019.