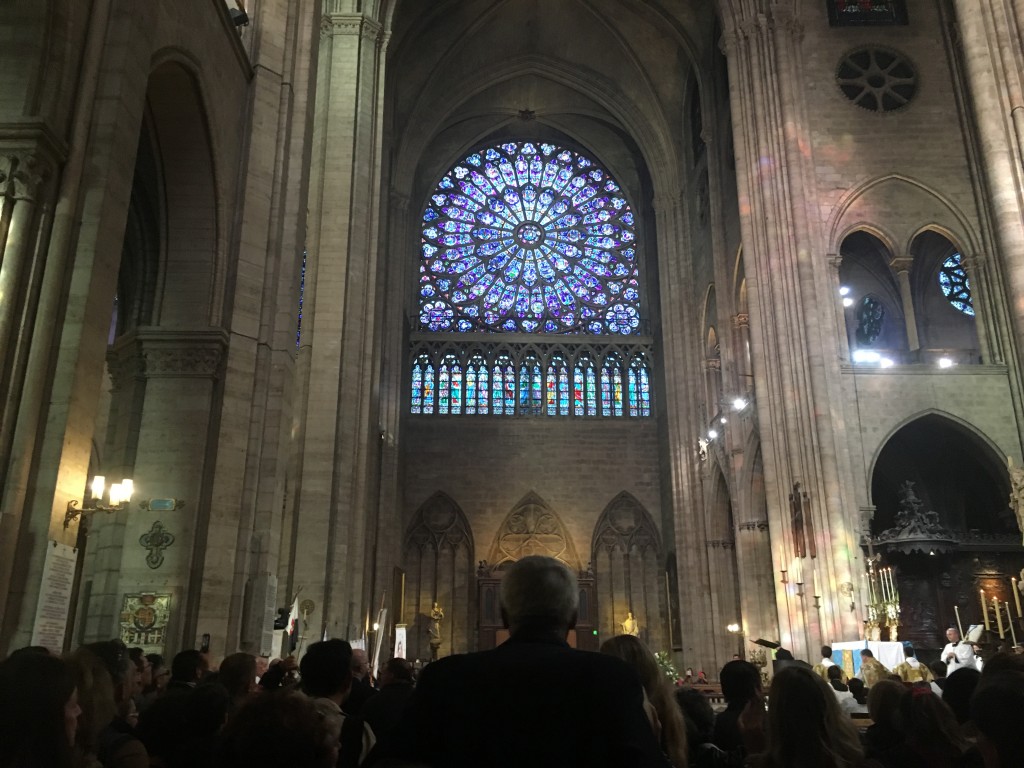 One of Notre Dame’s rose windows before the fire. Photo: Jordan Scott

As people around the world watched a fire destroy parts of the centuries-old Notre Dame Cathedral, many wondered about the fate of its most iconic features, such as the stained-glass rose windows. It appears firefighters were able to save the three windows from complete destruction, though it is unclear how much damage the glass, and the lead that holds the windows together, sustained from heat and water exposure.

“From what I could see, the stained glass had not been touched, the three beautiful roses that date back to the 12th and 13th century were still there,” André Finot, spokesman of the cathedral, told BFM Paris after assessing the damage.

However, Dr. Emily Guerry, senior lecturer in medieval European history at Britain’s University of Kent, told CBS News that restoring the cathedral’s windows is going to be an incredibly difficult and delicate effort because the heat will have warped whatever glass remains.

“We’re going to need glaziers to go up and individually remove all of the (individual pieces of glass) and take them down off site, clean them, restructure them, fill in the missing gaps, assess what’s been lost, and then reinsert,” Guerry told the news organization.

The windows date back to the 13th century. According to the Catholic News Agency, the west rose is the oldest of the windows, created in 1225, and was the largest rose window in the world at that time. The north and south rose windows were created around 1250-1260.

The South Rose, or Rose du Midi, was designed by Jean de Chelles and Pierre de Montreuil, according to the Notre Dame de Paris website. Its diameter is 42.3 feet and the total height of the glazing, including the skylight on which the South Rose rests, is nearly 62 feet. The famous stained-glass window includes eight-four panels spread over four circles. 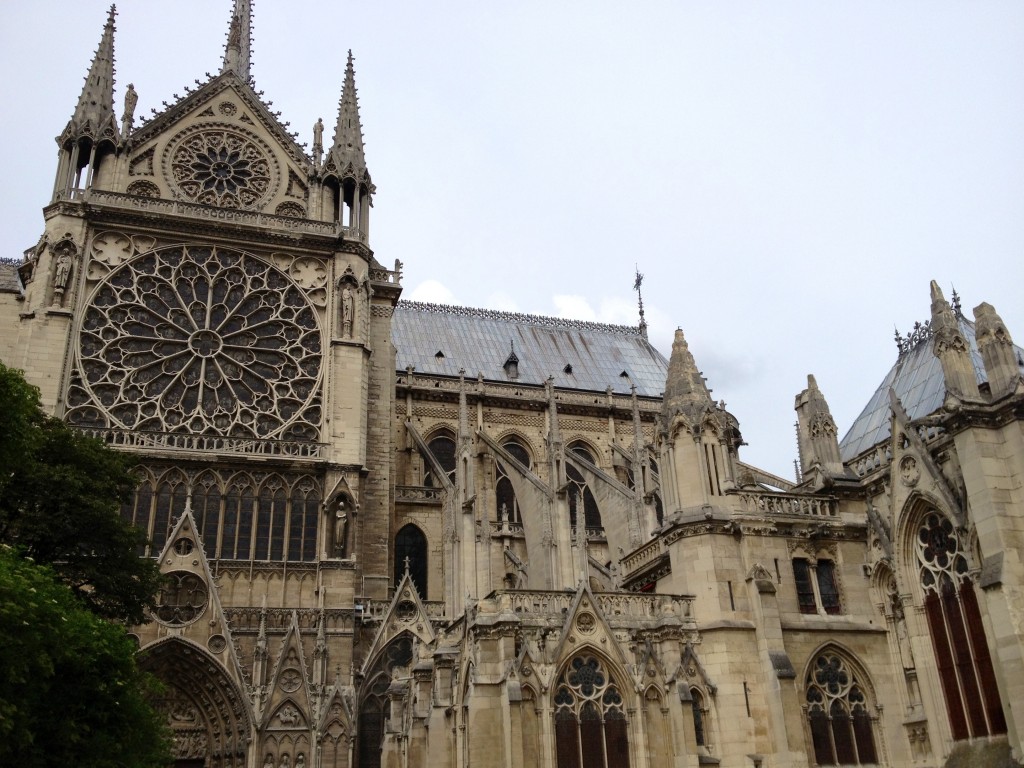 One of Notre Dame’s rose windows from the exterior. Photo: Jordan Scott

According to the Georgetown Digital Library, “The wide of spectrum of colors achieved in Medieval France’s stained glass windows was produced by varying both the proportion of metal added to molten glass and the temperature to which the mixture was heated. Impurities in the metals, bubbles in the cooled glass and variations in the thickness of the cut panes would ultimately contribute to the jewel-like quality of finished windows. Colored glass was cut to size by heating or with a diamond. Details (facial features, drapery, foliage, etc.) were painted on with a mix of cullet (scrap glass), copper and Greek sapphire dissolved in wine or urine. This ‘glass painting’ was baked again, stimulating further chemical reactions that yielded visually interesting results.”

Monday’s fire wasn’t the first at Notre Dame. According to the Notre Dame website, the fire of the archbishop during the revolution of 1830 severely altered the rose window. Master glassmaker Alfred Gérente restored the stained glass in 1861.