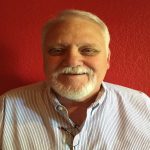 John Regan will retire from Accura Systems on May 31, 2019 after 40 years in the curtainwall industry.

“The best part of being in the business is the many people I have worked with and customers I have served in the last 41 years, many of whom have become dear friends and cherished acquaintances,” says Regan.

Regan joined Accura in 2006 and has spent the past 13 years as senior project manager. During his time there, he has been involved in countless projects from coast to coast, according to Mike Rubner, chief operating officer at Accura.

Regan also leads an active lifestyle in his community as a founding member of the local community theatre, serving as a board member, actor and director for many productions.

“He has earned the right to spend more time with his loved one. Please join me in wishing John the best of luck as he starts his well-deserved long retirement,” says Rubner.