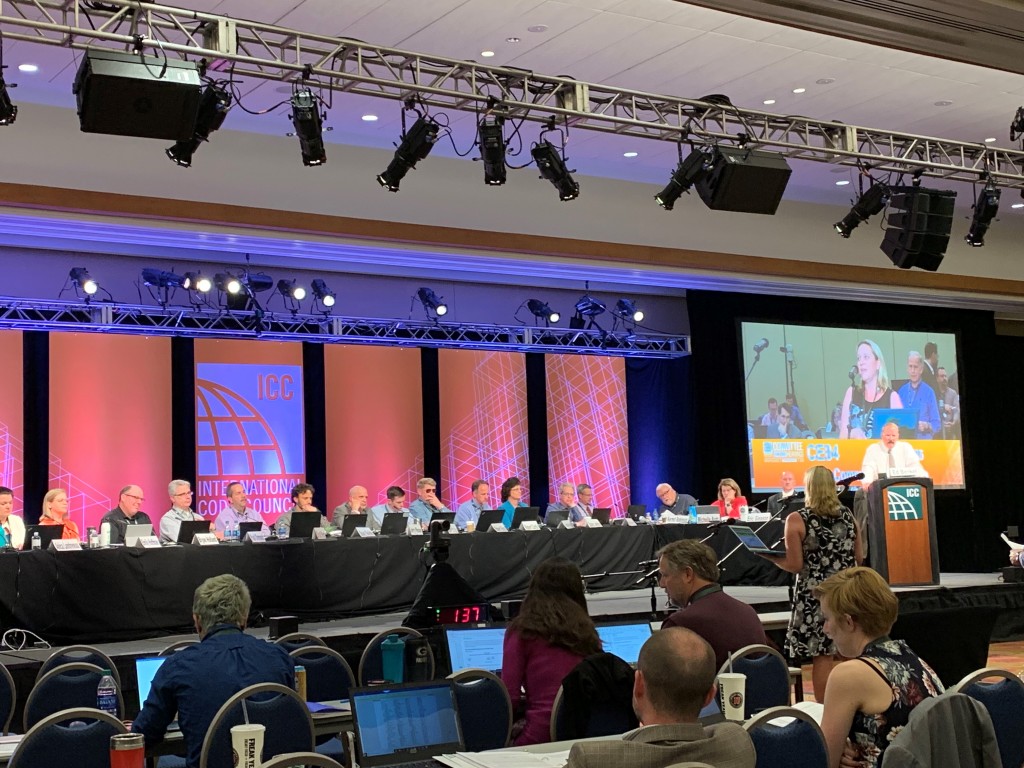 The International Code Council (ICC) Committee Action Hearings took place this month in Albuquerque, N.M., drawing a number of collaborations over glass-related proposals, including those cosponsored by the American Architectural Manufacturers Association (AAMA) and the Window and Door Manufacturers Association (WDMA). AAMA and WDMA officials worked in tandem over numerous door- and window-related, Group B proposals, reporting back to USGlass over the course of the 11-day process.

“In all, we took a position supporting or opposing about 70 to 80 proposals,” says Jeff Inks, WDMA’s senior vice president of advocacy.

“As an industry, we showed a very strong, unified front, which is one of the reasons we were so successful,” Inks declares. “That was noticeable.”

A Year of Collaboration

The Glazing Industry Code Committee (GICC), Aluminum Extruders Council (AEC), WDMA and AAMA, came together over what association officials see as inconsistencies among thermal requirements found in American Society of Heating, Refrigerating and Air-Conditioning Engineers’ (ASHRAE) standards and the IECC. Supported and approved amid the hearings, proposal CE-84-19 urges code officials to make 2021 IECC requirements consistent with those approved for the 2019 edition of ASHRAE’s 90.1 standard (which serves as an alternative path to meeting IECC technical requirements).

“The fenestration requirements among the two have always been different,” Inks explains. “Now, for the very first time, they will be wholly the same. That’s important for industry, so you don’t have two different requirements for the same climate zone.”

All hearing-related actions remain preliminary, before advancing to a phase for public comment. The outcomes of the hearings are set to be published June 11, after which comments will be accepted through July 24, 2019. A final phase of hearings is scheduled for October 23-30, 2019, after which voting code officials will make their final determinations.

“We just need to hold our ground at the public comment hearings,” Inks says.