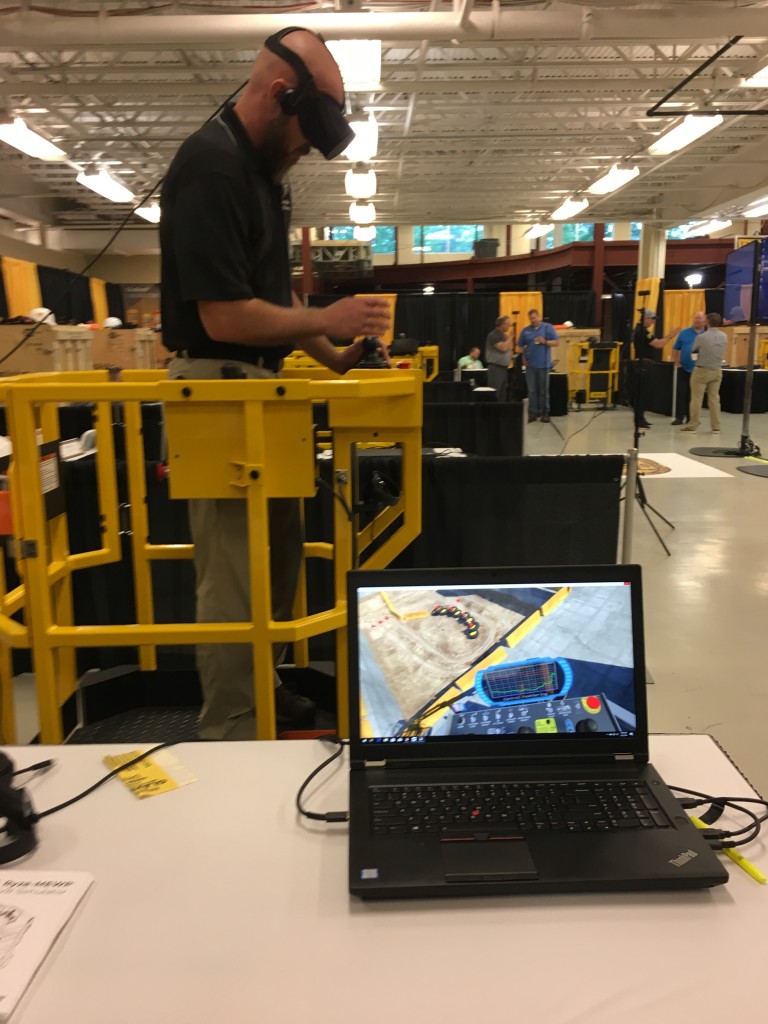 It takes practice to handle large machinery, such as boom and scissor lifts, safely and efficiently. The International Union of Painters and Allied Trades (IUPAT) has invested in virtual reality (VR) simulators to give glaziers and other members training opportunities to use these machines in a controlled and safe environment.

“We got on it and we knew there’s a way to train craft workers better and this technology could be a part of it,” says John Burcaw, strategic initiatives coordinator with the group.

IUPAT purchased 26 simulators for the effort, which will be paired with its online blending learning program. The VR simulator includes 32 different scenarios involving the machines.

Scenarios involve individual tasks to be completed. Workers are scored based on safety, proficiency and efficiency. They can compare their most recent results with their original scores.

According to Ryan Winterton, national accounts manager at the simulator provider Serious Labs, the VR scenarios are designed to be as realistic as possible. The VR hardware includes a platform that vibrates and simulates the movements of the boom and scissor lifts to make the scenarios feel real.

“This training can be made available to those who are new to the industry who need to get their credentials in order to go to work. It could be used by those who need to shore up and refine their operator abilities and someone who needs remediation, maybe after a near miss, accident or injury,” says Burcaw.

He says that glaziers are often working at height and are able to use this technology to practice in simulation, especially for complicated locations at height.

In the near future the technology will simulate different weather conditions, such as wind and temperature, that impact how the machinery operates, according to Burcaw. The IUPAT also hopes to be able to certify craft workers using the VR simulator.