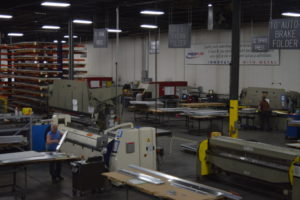 When Americlad by Quality Metalcrafts was founded in 1994 it was a small sheet metal shop and a regional player in Minnesota. Now, 25 years later, the company has expanded its product line and sales focus to become a national player in the architectural metal industry. What changed? President Mike Wallace acquired Quality Metalcrafts in 2007 and used his experience to transform the company.

“Early on the original company was a struggling entity. It didn’t have a sales or marketing focus and it had a very small customer base at that time,” says Wallace. “With my background and contacts, we put together a sales team internally that started reaching out to customers. We also invested early on in different equipment.”

Since the company was small and beginning to focus on new products, Wallace says the recession wasn’t difficult for Americlad; it actually grew instead of regressing. 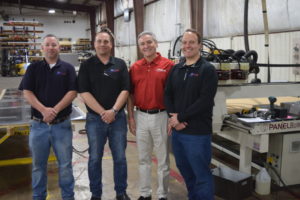 The original company focused mostly on break metal products. Wallace says his team developed a core set of products which included column covers, insulating infill panels and other architectural metal products to draw customers in. From day one with the company Wallace focused on the entire U.S. market.

“We jumped into that arena early on,” he says.

A major challenge Americlad has faced since 2007 is the labor shortage. Wallace says it’s difficult to find good, qualified people who are energized to go to work every day.

“We’ve hired workers through temp agencies. When we find a good candidate we put them on a path which includes internal training and promoting from within,” he says. “Some people who have started as a temp are now project managers.”

The labor shortage also has led the company to look into automation. Wallace says Americlad is “literally being forced to do this, but in a good way. It doesn’t replace anyone in the facility but allows us to service the industry faster with higher quality.”

Going forward, Wallace is working to get a stronger foothold in the architectural community. His team is meeting with architects more regularly and offering CEU credits to become more recognized by the community.

“Glaziers understand who we are …we need to start pushing hard to have more of a presence in the architectural community,” he says.

Wallace says he is excited that the company has reached its 25th year in business, giving accolades to the entire Americlad team.

“We recognize that our people are our biggest asset. If you don’t have good people in place it’s meaningless to any business,” he says.