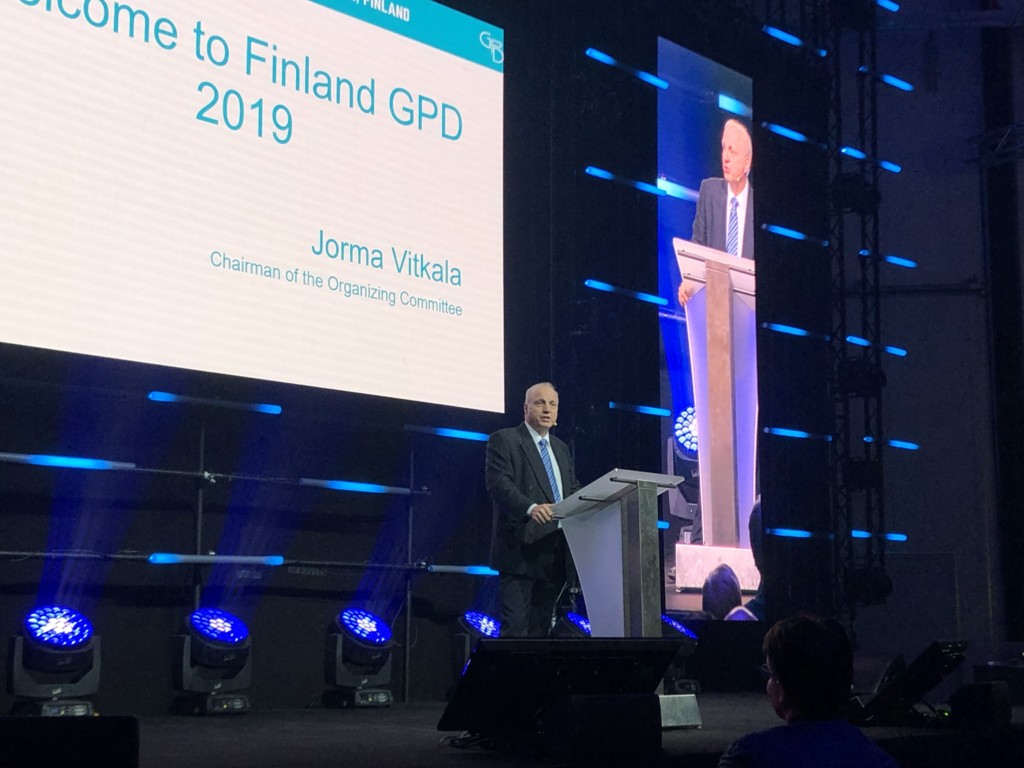 The 16th Glass Performance Days (GPD) is taking place this week in Tampere, Finland, where more than 1,000 participants have gathered for education and networking opportunities. The official opening took place last night and included both entertainment and a number of informational presentations.

This year is also the last that Jorma Vitkala will serve as the chair of the event’s organizing committee. He took the stage to welcome everyone during the opening, telling the crowd this year will focus on all things smart, including glazing, facades, cities and beyond. And at GPD, he said “all eyes are on smart glass.”

Vitkala explained that changes are happening faster than ever before and the industry must continue to meet the needs of its customers and customers’ customers.

“We must be the catalyst for new ideas, technology and relationships,” he said.

As part of this focus, GPD this year again includes the Step Change program to showcase start-ups and change-ups.

“The clear objective of this is to display new ideas and changes,” said Vitkala, who also reflected on some of GPD’s achievements since its start, which include 11,000 pages of technical documents and 3,500 presentations.

“My challenge,” he said, “is to transfer a lifetime of industry contacts to the next generation.”

He also recognized and thanked Glaston, the event’s main sponsor. “None of this would be possible without [their] belief and support,” he said. 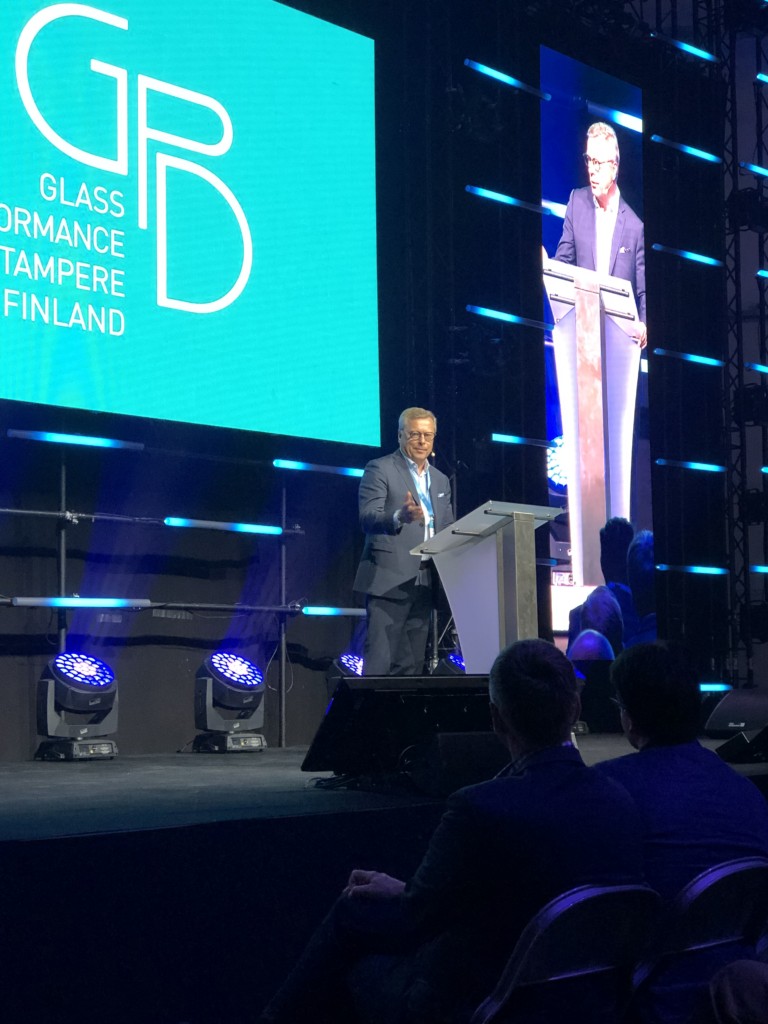 Arto Metsänen, Glaston CEO, spoke next of the importance of industry collaboration, which he said will help develop meaningful outcomes for customers.

“We [as an industry] must continue to develop and work toward a common good … and keep up with the growing demands of our customers,” he said. “No company or person can do it all alone; it calls for ever-stronger collaboration in the industry.”

This, he said, was the reason for developing the Step Change program two years ago.

“I’m happy to say some of those start-ups have seen growth in two years’ time,” he said.

Metsänen was followed by the evening’s keynotes. These included a session titled “Language of Places,” led by Stefan Blach, partner-in-charge, with Studio Libeskind. He explained that his firm is deeply interested in what architecture can do to transform places, and provided visual examples of unique applications where they have transformed or created places. 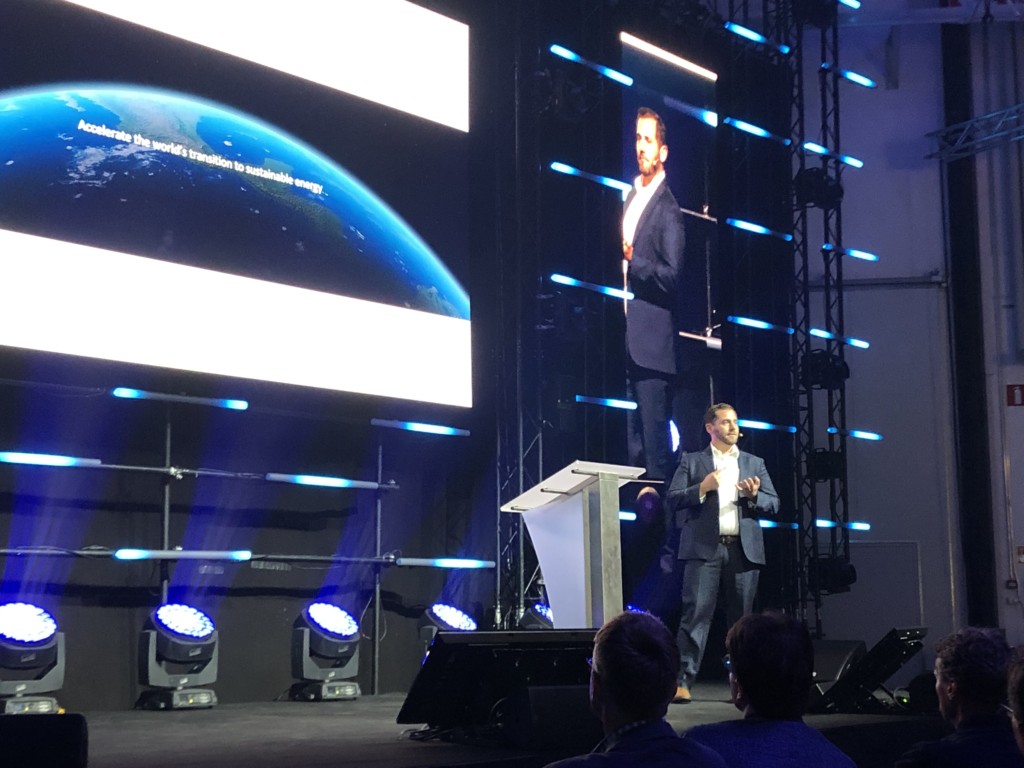 He was followed by Mike Pilliod, director of manufacturing innovation with Tesla, who talked about the company’s focus on innovation and technology development, particularly in regard to its use of glass in vehicles.

“Glass has been a part of every project we’ve launched,” he said. “We always talk about the glass … glass is an enabler for the design.” 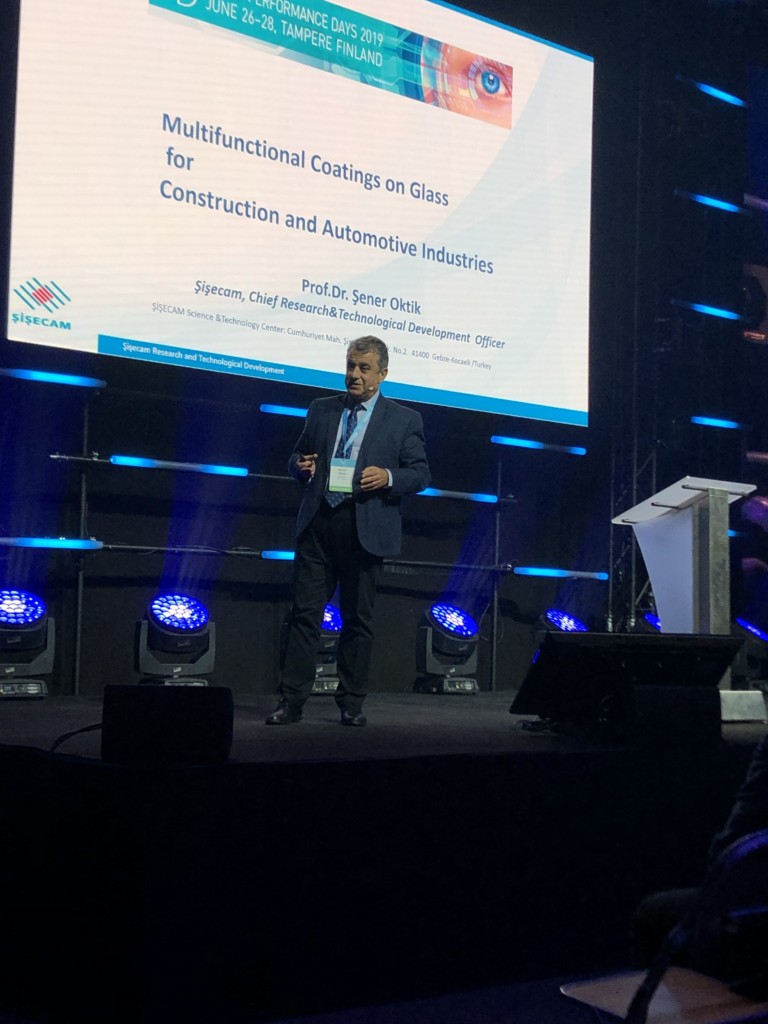 The final keynote was presented by Şener Oktik, chief technology officer with Şişecam, who provided a global glass forecast and overview. Speaking of global glass distribution of float lines and production capacity, he said this is dominated by China, where there are 216 float lines.

“Production capacity has move from west to east,” he said.

Oktik said the global demand for glass is 82 million tons, the majority of which, 82%, is for the construction segment. Of that, 40% is for new building facades, 20% for new building interiors and 40% for refurbishment.

The opening ceremonies concluded with the presentation of the Jorma Vitkala Awards of Merit, which was created in 2017 to honor Vitkala. This year, the honor was presented to James O’Callaghan with Eckersley O’Callaghan.

GPD 2019 continues through Friday, June 28. Stay tuned to usglassmag.com for more updates from the event.