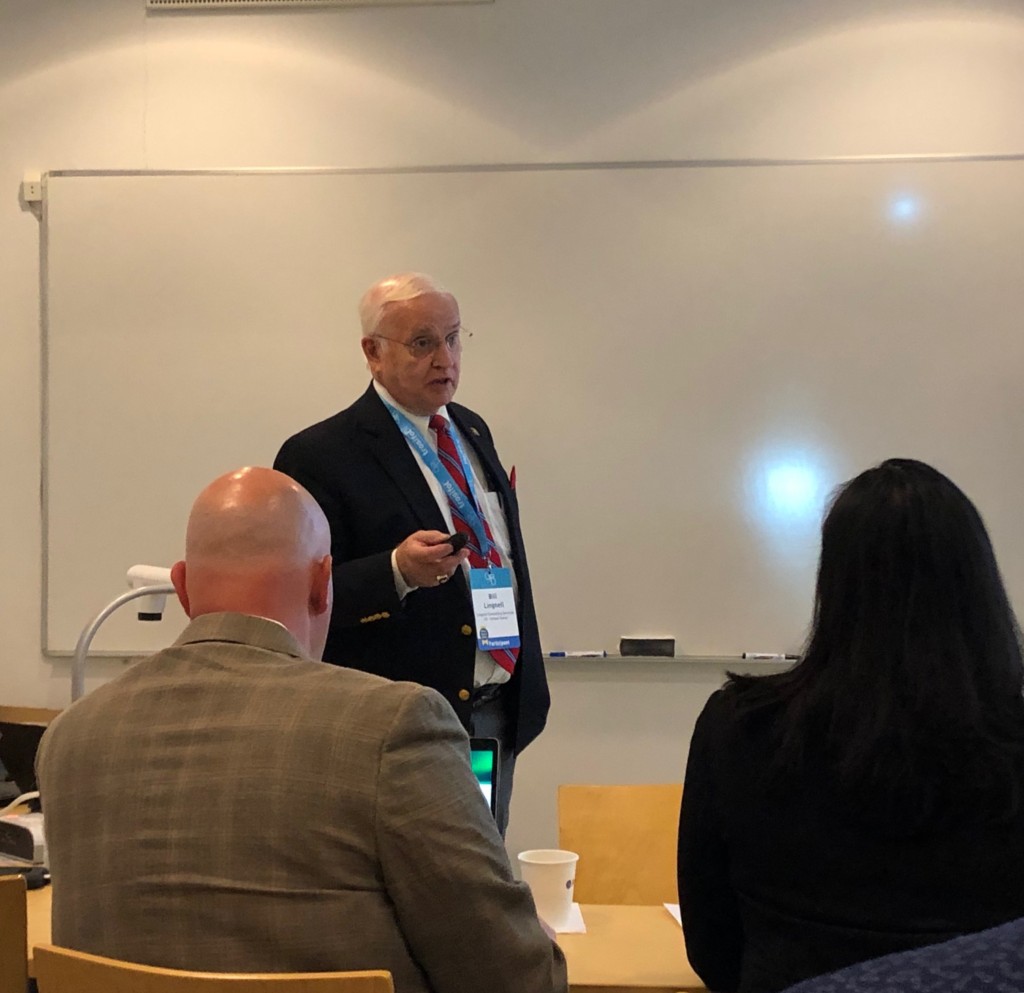 The use of architectural glass is becoming increasingly complex, in large part due to the growing interest in bigger and bigger glass sizes. To address this trend, Glass Performance Days (GPD) featured a specially focused workshop titled “Designing Glass for North America – A Standardization Overview.” Led by Urmilla Sowell, technical director for the National Glass Association, along with speakers Bill Lingnell, an industry consultant and also technical director for the Insulating Glass Manufacturers Alliance, Julie Schimmelpenningh, industry technical services manager with Eastman Chemical, and Stephen Morse, president of Standards Design Group and assistant professor at Michigan Technological University, the workshop delved into the history and development of North American glazing standards.

Lingnell began the program discussing glass strength, focusing specifically on ASTM E1300. The standard has been in use since 1989 and has been through a number of revisions and updates since. The most current version was published in 2016.

“There have been many editions and chapters of E1300 to get it where we are today,” said Lingnell, noting that the first version was for annealed glass only. The second version in 1994 added types of fabricated glass. These included heat-strengthened, fully tempered and laminated.

A major change that he said happened in 2002 involved the windload charts, which went from 60 seconds to 3 seconds based on the American Society of Civil Engineers (ASCE) 7. This was also the year deflection charts were added.

In 2016, which is the current standard in use, acid-etched glass was added as equivalent to float glass.

It was also noted that the deflection of glass, the support system or both shall not result in the loss of glass edge support. Lingnell explained that deflection is something that needs to be understood and monitored so companies know how it affects the design.

ASTM C1048, Standard Specification for Heat-Strengthened and Fully Tempered Flat Glass, was also discussed. Here, Lingnell stressed that one important consideration has been the question of fabrication after tempering. Per the standard, all fabrication altering the glass surface, thickness or edges shall be performed before heat treating to avoid reduction of glass strength.

She focused on a number of standards and test methods, as well as the considerations for increasingly larger sizes of glass. Before anything can be changed in a standard, there has to be data to support the change. For example, currently there is no data for glass sizes that span larger than 75 square feet; for anything that spans beyond that, she explained, the advice is to discuss the project/application with the laminator.

“You have to have the data to create these standards,” she said. “… without data to back it up we don’t make the change.”

“Safety is the only standard and requirement the U.S. government puts on glass,” she said. “Everything else is voluntary.”

Other safety areas she addressed included storm/impact considerations, as well as structural and specialty glazing, among others.

Speaking of security glazing, she said there is a huge effort to write a guide for school preparedness, which will address more than just the glass. This is still very early in the process.

As far as sustainability standards, she said there is a lot of focus on bird friendly glass for building design. ASTM is working on a standard test method for bird collision deterrence material threat factor, which will give a rating number to glass.

Some other topics Sowell mentioned that are just on the horizon as far as future standard development include thin glass; vacuum insulating glass; cold bending; ceramic enamel; as well as more on point supported glass, anisotropy and distortion, among others.

GPD continues tonight, with the opening ceremonies and get together party, which officially kicks off the event. Stay tuned to usglassmag.com for more news and updates from GPD 2019.