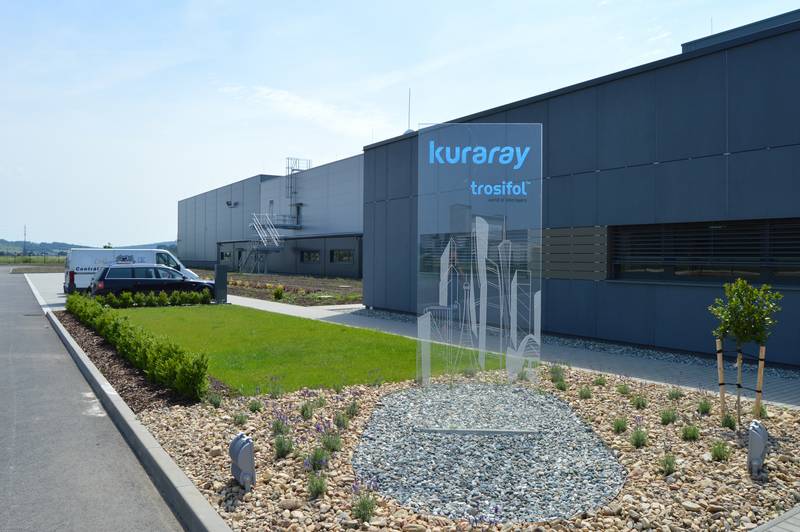 On January 23, 2019 the first SentryGlas rolls came off the newly constructed line at Kuraray’s production site in Holešov, Czech Republic. Built in one year, the new facility passed factory acceptance testing in October 2018.

Since the purchase of DuPont’s GLS, PVB and SentryGlas interlayer business in 2014, this site has belonged to Kuraray and, until recently, specialized exclusively in the production of recycled PVB film.

“The new SentryGlas line 2 (SG-2) project is a chance for us to grow with a unique product,” adds Holešov site manager Jakub Sýkora. “The dedicated project team is committed to meeting the high standards that apply to every Kuraray investment from the start – safety, quality, schedule and cost.”

The project was supported by process engineer Vladimir Babayan and experienced teams from Kuraray’s sites in Fayetteville, N.C., and Troisdorf, Germany.

“This will not only expand the product portfolio available from the Holešov plant but will also create new jobs,” says Sýkora.

Due to the addition of the new production line, the number of employees at the Holešov site wil increase by almost 50%. Some of the new operators will come from existing teams in Holešov combined with new hiring.

“With the geographic extension of SentryGlas interlayer production to Europe we can better serve our customers. As the supplier of SentryGlas ionoplast films, we are now the manufacturer with the widest range of glass laminating interlayers worldwide and have become an essential partner for architects, planners and engineers as a source of products, innovation and support,” says Reisuke Nakada, global marketing director of the PVB Division.

The production capacity of the new line can handle current sales volumes and allows for expected growth in demand in the coming years, according to the company. At the end of 2019, a new cutting table will be installed that will allow the material to be supplied in sheet form. The expansion also offers the capability to add an additional line in the future. Full commercial production is anticipated to begin in July, initially for the EMEA region, but extending to customers worldwide in 2020.