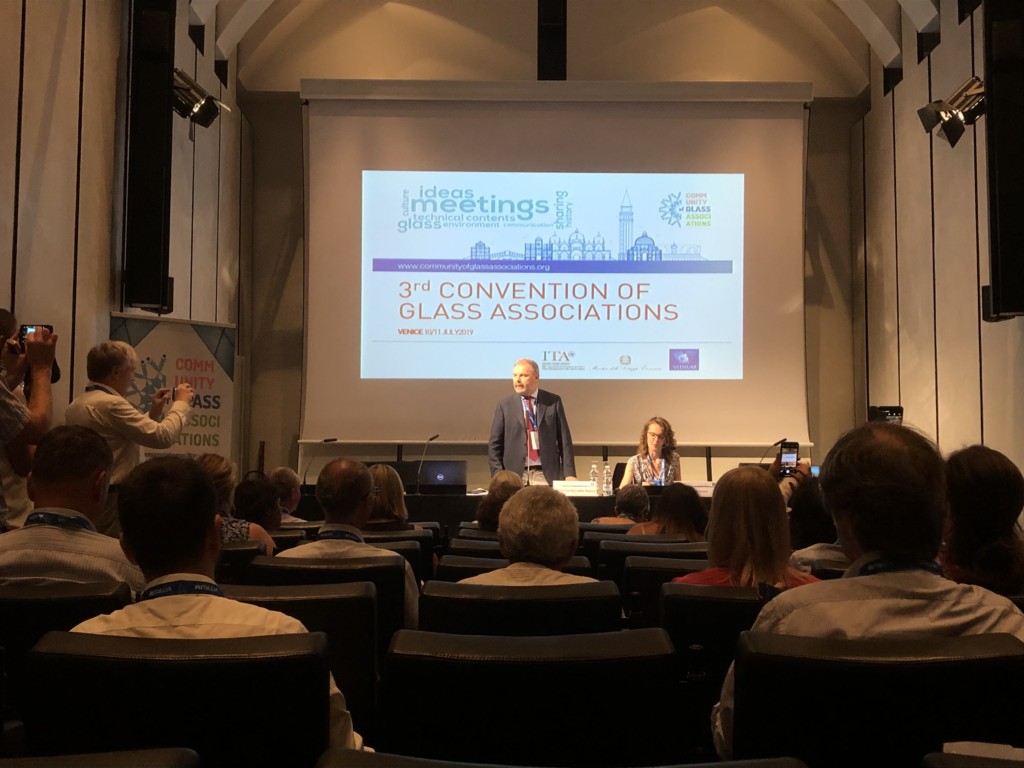 An effort to have the United Nations formally declare 2022 as “The Year of Glass” was introduced at the third annual Convention of International Glass Associations in Venice, Italy, this week.

Alicia Carrera, president of the International Commission of Glass (ICG), a glass-related research group, is leading an effort to get UN representatives to recognize the importance of glass and its place in a sustainable society.

The declaration would bring recognition to the “technological, scientific and economic role of glass.”

“I think this is the perfect place to plan for that,” said Vitrum president Dino Zandonella. “We are all associations here,” and thus have the capability to push this in each country respectively, he commented.

Carrera is asking for a “list of countries, associations, societies and foundations supporting this project,” stressing the importance of having as many as possible.

“The idea is to inform the public about this,” Carrera said.

She pointed to a focus group she brought up where Chinese students had to try hard to imagine a world without glass.

“They found the world would be dark and even communication would be limited,” she said, pointing to glass usage in fiber optic cables and cellphones.

Efforts to achieve this goal are set to be underway immediately, as Carrera asked for the commission’s letter to be signed by different entities across society, including universities, artists, companies and more.

The letter, which she said can be adapted and is meant to encourage not only the “Year of Glass,” but also the creation of glass-related events and workshops for schools, workplaces and otherwise, will be on the ICG’s website soon.