Innovate the Process: How Contract Glaziers are Using Technology to Get Ahead 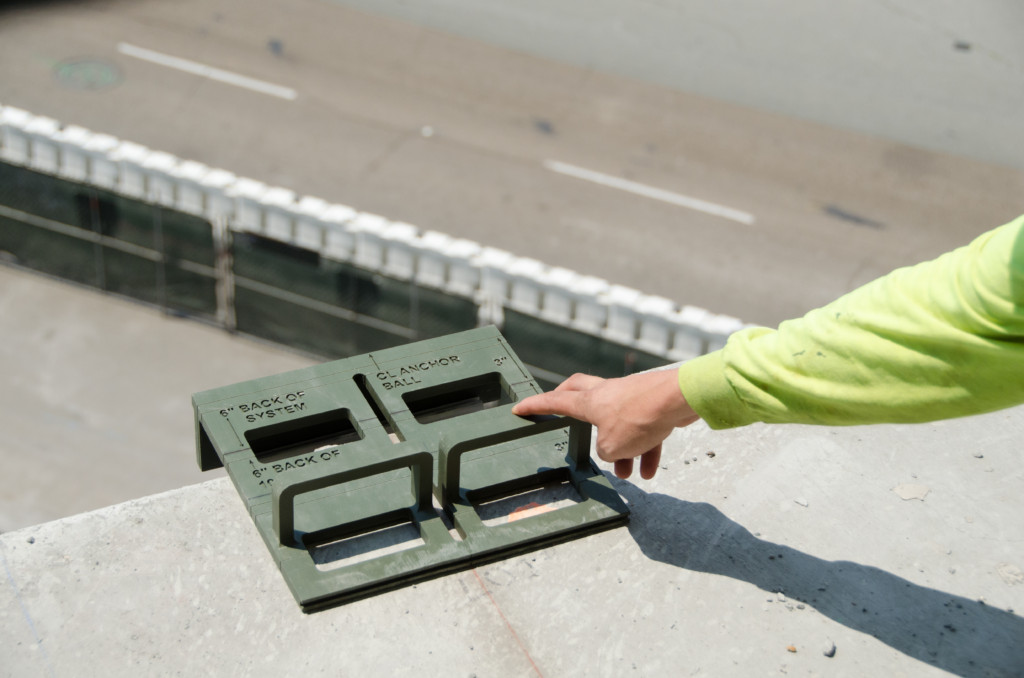 In some people’s minds, the words “construction technology” may conjure up images of robots and people in a metal exoskeleton lifting heavy building materials. While those concepts certainly exist, many distinct technologies are being used behind the scenes to make the design and installation process safer, as well as more efficient and cost effective.

3D printing technology isn’t quite to the point where companies can use it to create curtainwall, but it does already offer many uses for the glass and glazing industry. Minnesota-based company Enclos has been using 3D printing since 2009 when its Advanced Technology Studio acquired a prototype machine that created onsite working models directly from CAD modeling tools using ABS plastic.

The technology can be used to create prototypes and models, saving time and money during the design and building process. Jeffrey Vaglio, vice president of the Advanced Technology Studio at Enclos, says that when working in the design-assist phase, having a one-to-one scale of part of the design resonates with details that help stakeholders, such as university or hospital directors, understand the project more completely.

“What we’re trying to do is get to a full one-to-one scale as early in the design process as possible and that, for us, helps us test things like the fit and function of how extrusions snap together, tolerance and how much clearance there might be,” he says. “But more importantly it helps the client understand where the performance is located in their system and how that might come together.”

Enclos often uses the 3D prototypes as a sales and communication tool, and is increasingly using them as educational tools for its field and shop crews to show how a system comes together. For example, 3D printing can be used to create layout templates for the field crews. The company also creates building models that are used to plan field activities, site logistics and to determine what strategies might be used to access some of a building’s unusual conditions.

“For a lot of our projects, every unit might be different, or the geometry may be complex. So if we can create some sort of jig or tool that simplifies some of the math for the field or shop crews in executing the work, then we found that has had a lot of value,” he says. “That’s just an assistance within our organization. It may not be of value to the client, but it definitely makes some of the more complex designs come together a little smoother.”

It can take up to four weeks to print a prototype, depending upon the complexity of the system. Vaglio explains that some clients underestimate how long it takes to prepare a prototype. His company prints overall building models, which is a simpler process than creating a complex system prototype at a full one-to-one scale.

“It’s not an on-demand thing; it’s still a process which requires craftsmanship to compile it together in the end … We print all of our aluminum in gray, we make plexiglass insulating glass units (IGUs) that go into the framing. We try to integrate real gaskets and real parts and real screws into it, and so many pieces are being aggregated into a whole composition, which is a much more challenging task than just printing an overall building model.”

Enclos uses an outside company when a prototype or model is too large to be created with its own 3D printer. Vaglio says the company would much rather see a piece printed in its entirety than stitching together two smaller pieces because the prototype should look as real as possible to effectively communicate the design to a stakeholder.

“The second you do bring that service in-house, it changes the expectations internally from a sales and testing perspective. It’s an effective tool when done right that [quickly] becomes very high in demand,” says Vaglio.

Drone usage is on the rise, especially among larger companies. Enclos has used drones occasionally throughout the past six years to capture challenging installation feats faced by the team in the field.

“That way we can educate others on how we did it, as well as tell a great story. It’s pretty impressive what our field crews are able to do, and I think there’s a lot of pride when they get to showcase that with others in the field,” he says.

Vaglio says the real value drones may bring is for exterior inspection and quality control, which isn’t usually within the contract glazier’s scope.

To read the full article, which originally appeared in the June 2019 issue of USGlass magazine, click here.