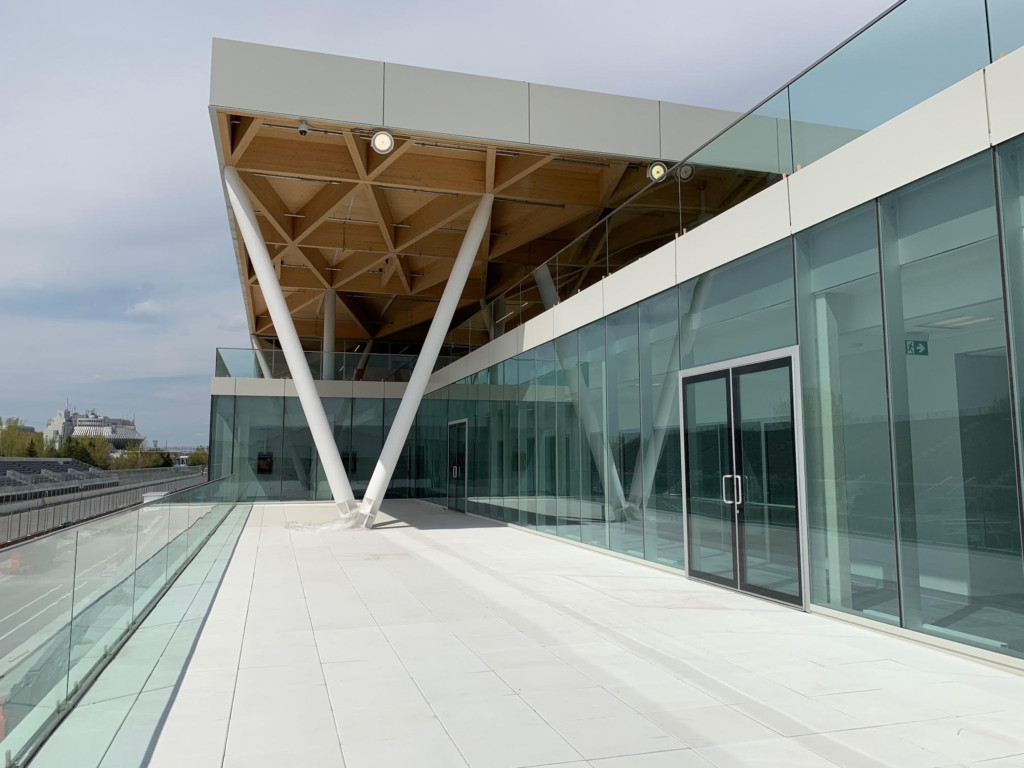 The Canadian Grand Prix (also known as the Montreal Grand Prix) has been held every year since 1961, and has been part of the Formula One World Championship since 1967. It’s been run at Parc Jean Drapeau’s Circuit Gilles-Villeneuve since 1978 and is a smashing success each year, drawing hundreds of thousands of racing fans and generating millions for Montreal’s economy. It is reputed to be the largest annual sporting event in Canada. The facility’s paddocks building, the epicenter of the event, is a multi-purpose structure housing team garages, spectator loges and terraces, media and administrative rooms, and even a control tower to help manage the race. 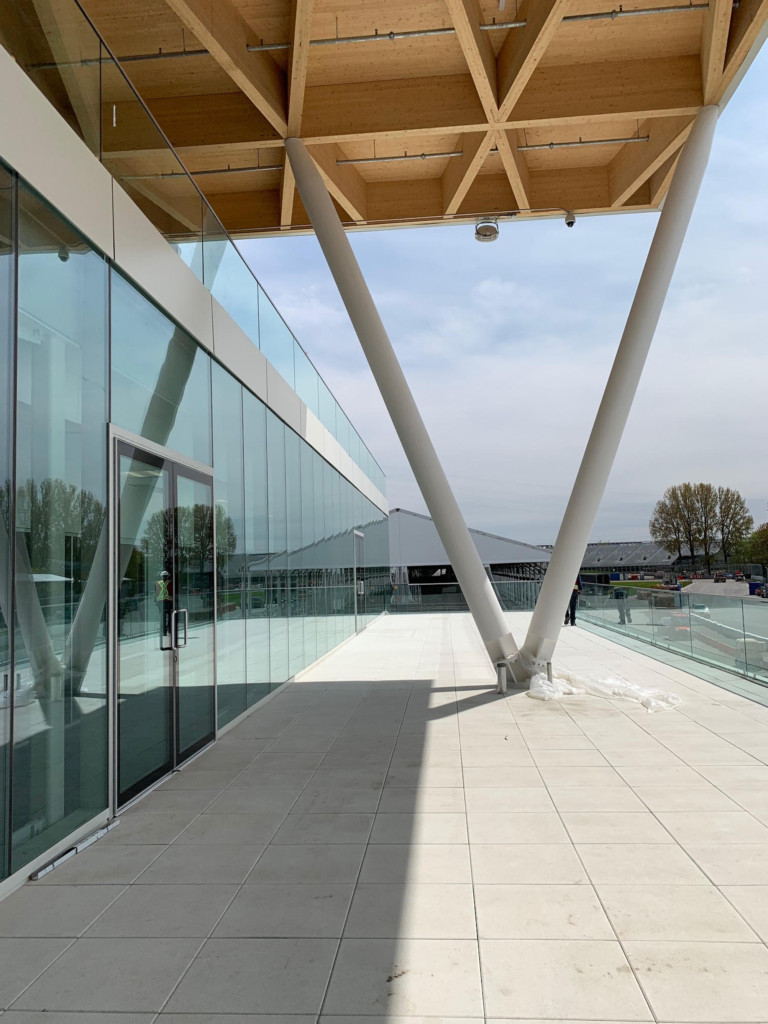 The paddocks building, however, had been in need of a major upgrade for years. Not only could race organizers only fit 1,800 people in the loges above the garages, but several other missing elements meant it didn’t meet standards set out by the Formula One World Championship – a major issue, considering the race’s five-year contract extension signed with Formula One in 2017 required these upgrades.

But that wasn’t the only challenge. Unicel Architectural Corp. and the rest of the implementation team were also required to fast-track the upgrades, as they needed to be built under a tight construction timeline of ten months over an arduous winter season: demolition of the old structure occurred after the 2018 event, with a construction deadline
of the first week of June 2019. 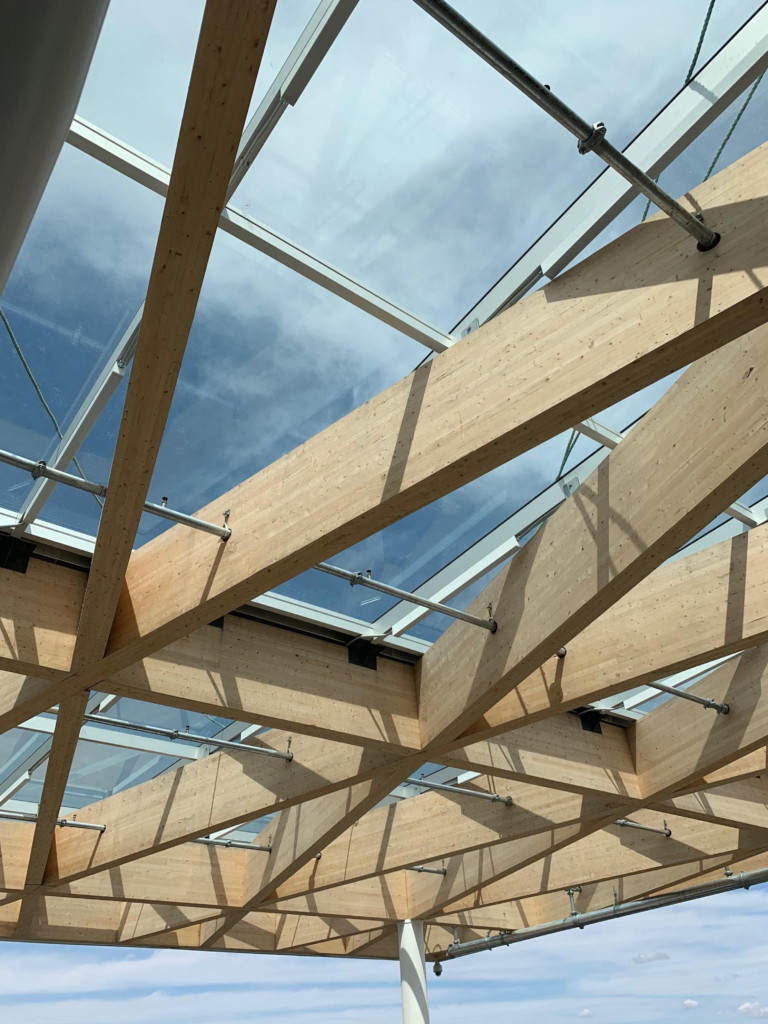 The new three-story paddocks provides a bright, modern and private viewing area with a great view in a unique spot just minutes from downtown Montreal. It provides a 360-degree panorama with stunning views of the Montreal skyline, St. Lawrence River and the surrounding area while housing teams’ garages, a control tower and administrative offices on the first floor; loges, control tower, podium and media workspace on the second; and loges and the terrace on the third. The building is universally accessible and will integrate works of public art into the North Entrance’s glass work starting in 2020.

The project upgraded the facilities to meet or exceed Formula 1 World Championship standards: it increases capacity from 1,800 to 5,000 people and features sustainable elements such as carbon-negative materials, LED lighting, photovoltaic solar power and natural lighting via the building’s massive glass wall. And even though it entailed considerable challenges considering its scale, timeline and logistics, the project was
completed on time.

Les Architectes FABG was the architect for the project.