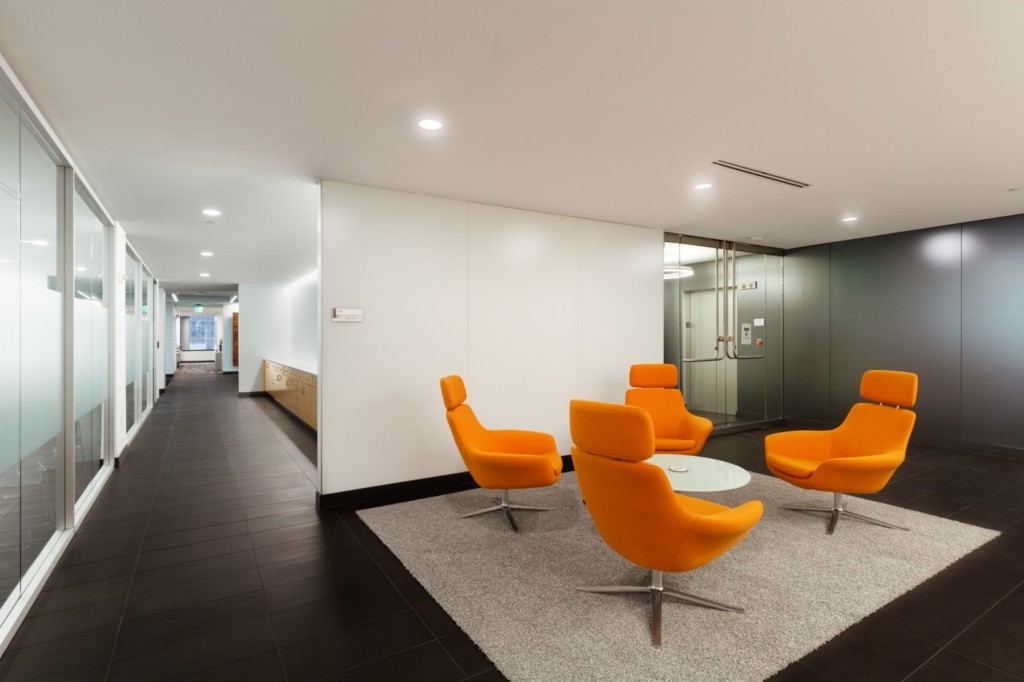 Contemporary office design bears little resemblance to the cubicles, conference rooms and work areas of even just a decade ago. That’s due partly to the evolution of business and advances in technology. However, another reason is the growing popularity of interior glass in offices.

A recent example of this trend is highlighted in the hallways of the AECOM building in Cleveland, where Solargray medium-gray-tinted glass by Vitro Architectural Glass, silvered and etched with Walker Textures Satin finish, provides the sleek sheen of polished metal without the heavy reflectivity, according to the company.

Architectural firm AECOM, which had undergone a corporate merger, was consolidating three offices in the Cleveland area into a downtown building. Although AECOM desired a consistent look in elements such as the casework and furniture, the company wanted something unique for the walls, according to Celeste McClung, senior interior designer at AECOM.

“The depth and texture of the gray etched glass was intriguing. It added sophistication and depth without conflicting with the rest of the design,” she says.

The Satin-etched finish combined with the Solargray glass also achieved another key design objective: represent the individuality and history of Cleveland.

“It is such a beautiful material, simple but elegant,” says McClung. “It was exactly what we envisioned for the space.”