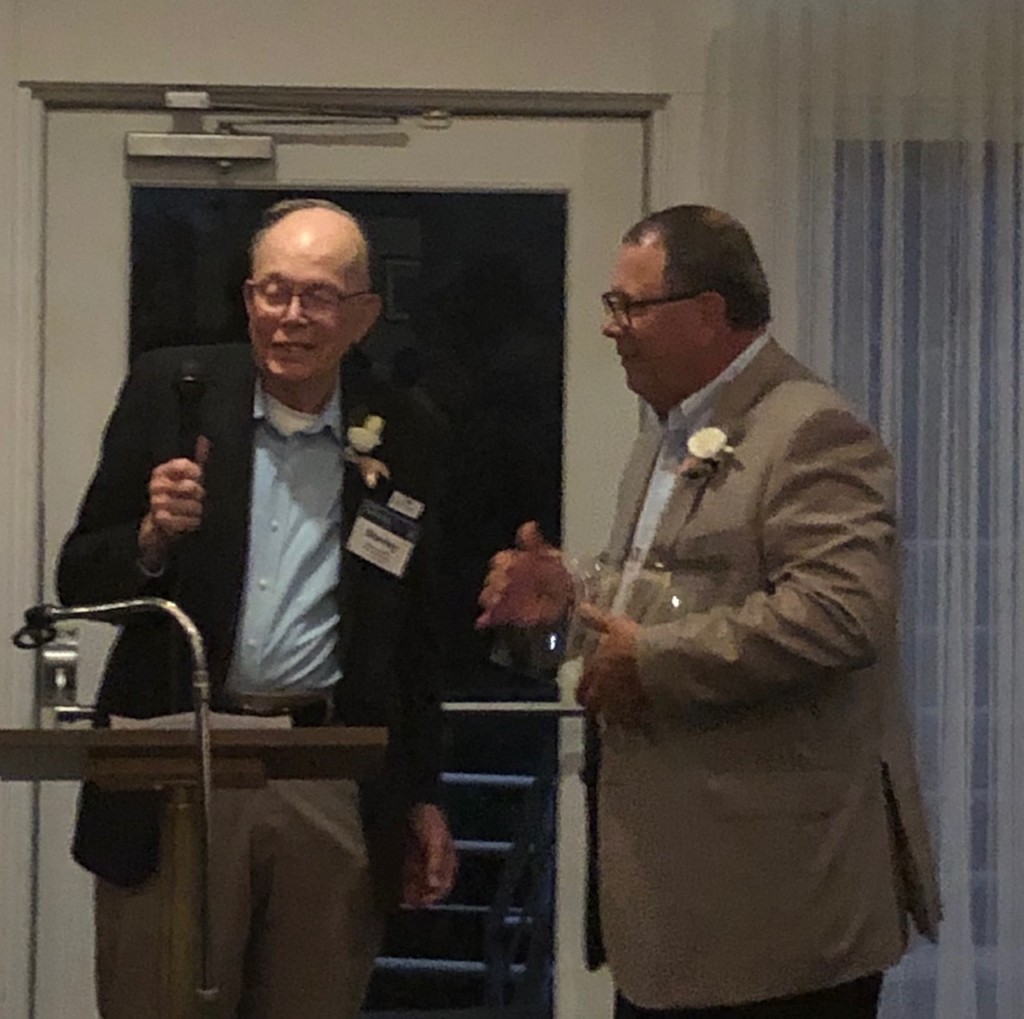 A combined 2,000-plus years of glass industry experience gathered last night at the Belmont Country Club near Toledo, Ohio, for the annual Old Guard Reunion. The Old Guard is a group of industry veterans who meet annually for an informal dinner, reminiscing and storytelling. The group is not backed by any industry association, but this year combined its dinner with the National Glass Association (NGA) Fall Conference, which took place this week in Toledo.

The evening including a cocktail hour and dinner, as well as a special recognition. Ren Bartoe, who recently retired from Vesuvius, was presented the Harry Miles Award, an honor last given by the Glass Association of North America in 2009 to Bob Maltby. Prior to that it was given to industry consultants Stan Joehlin (2005) and Bob Brown (2002).

Bartoe gave much of the credit and thanks to the members of the Old Guard, who have always supported and helped him throughout his career. He likened himself as much more of a networker than a technical guy and expressed his gratitude to the Old Guard for sharing all of their knowledge. He joked that whenever he got calls with technical questions, he would often get the answers by contacting the Old Guard.

At each Old Guard dinner the group tallies up the number of combined years of industry experience. In the past they’ve reached 1,000; last night’s group topped out at a combined 2,036 years of experience. 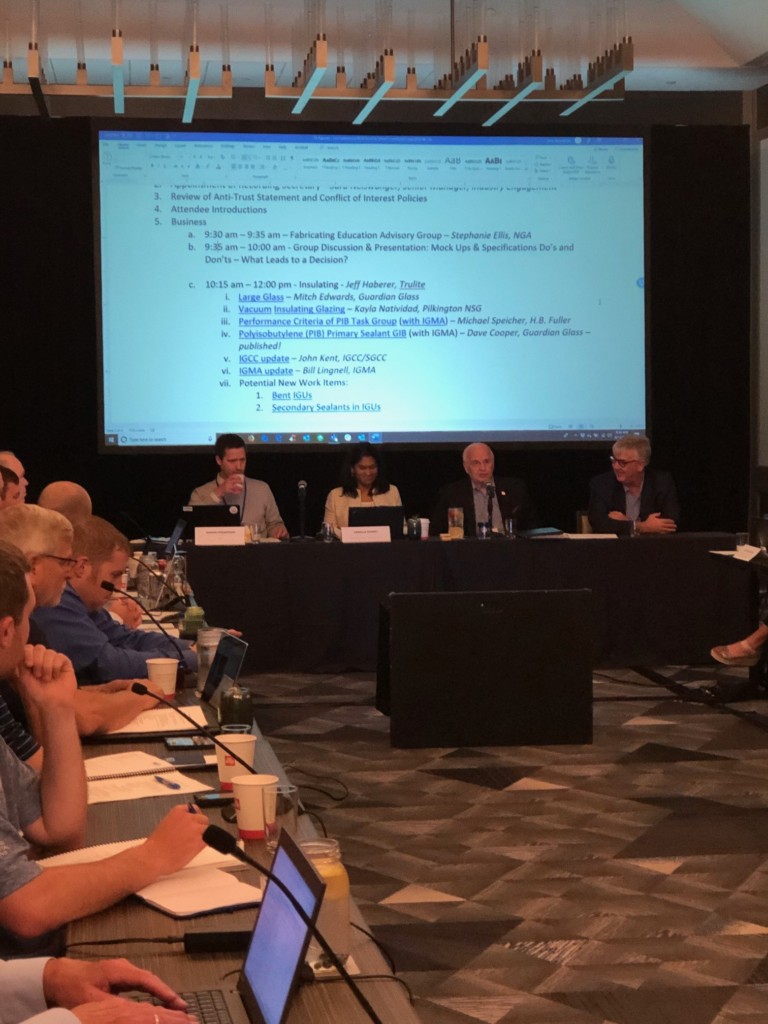 Today’s program included a panel discussion that addressed the importance of visual mock-ups.

Sessions continued this morning, and began with a panel discussion on mock-ups and specifications. Three panelists, consultant Bill Lingnell, John Bush with GGI and Ivan Zuniga with Kawneer, shared some experiences they’ve had with mock-ups, and discussed how they can help contractors, architects, glaziers and others involved with a project manage exceptions.

Lingnell shared a story of when he was called onto a high-profile project in downtown Manhattan, which didn’t initially have a visual mock-up specified.

“I told him (the architect) he needed to have that in his spec for this type of high-profile job,” said Lingnell. The team then constructed a two-story mock-up that included a variety of glass types, including curved glass.

Lingnell said at the end of the day on site, the team thought they were done looking at the mock-up, but he told them they really need to also see it at night.

“I heard from them the next day and they said they were glad they did the visual mock-up [and reviewed it at night] because they could see what it looked like from the inside out,” said Lingnell.

During their inspection, the construction team found an area where they didn’t like the way the curved glass looked at night and were then able to make the necessary changes.

“It was a case where it paid off to understand what the glass and glazing system would look like,” said Lingnell.

And what about small projects? Should you also do a visual mock-up of smaller jobs? Panelists agreed that these projects are also important.

Bush provided an example of a white, digitally printed internal partition his company had done. After it was installed, he said they received a call that the glass is pink.

“The glass was white,” he said, “We had done the visual mock-up … but we went in and looked at it …”

They found that the pinkness was coming from a brick building across the street. When the sun shone on it, it cast a red light off the building that came in through the windows, making the white glass pink.

“The simple solution,” Bush said, “was to close the blinds.” The point is, he added, is that visual mock-ups need to be done in the lighting conditions of the jobsite.

Zuniga added that one of his company’s partners has a façade in their design center and they install life size building glass and bring in architects to view the different products.

“It’s important to go the extra step, and if you can bring in architects and customers to show them life sizes, it’s an investment that will pay off quickly,” he said.

On the structural side, Zuniga said there are many different trades coming together in a certain sequence to determine constructability.

They also discussed at what point a mock-up should be brought on, and by which party.

“Whoever thinks of it first, if it’s not already there [in the spec],” said Lingnell, adding this can be anyone from the general contractor to the fabricator. “You need to know that what you make will be satisfactory for the project.”

The group also discussed efforts to educate others on the importance of mock-ups. For example, developing guidelines, such as a Glass Informational Bulletin, to share with architects and designers. They agreed this could be a joint activity with the Installing Committee, and will be reaching out to them to discuss these opportunities.

The Fall Conference concludes today in Toledo. The Annual Conference is set to take place January 13-15, 2020 at the Hilton Torrey Pines in La Jolla, Calif.