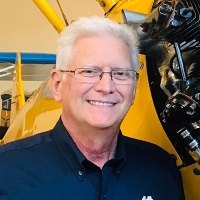 Bill Keen, former president and CEO of Tepcoglass, passed away on July 29, 2019 at the age of 64 after a battle with hepatic angiosarcoma.

Keen was once a professional civil engineer with PPG Industries before moving to Harmon Contract Glazing. In 1998, he joined his brother, Harold “Fred” Keen, at Tepco Contract Glazing as vice president. He became president and CEO in January 2013. He also spent many years as an active member of the Glass Association of North America. Keen retired from Tepcoglass on June 30, 2019. According to his obituary, he was most proud of his work on the Notre Dame Football Stadium renovation and the Dallas Convention Center, among other projects.

A memorial service was held on August 10 at the Allen Family Funeral Options Chapel in Plano, Texas. The family asks that memorial contribution be made to UT Southwestern Medical Center to support its Liver Transplant Program.