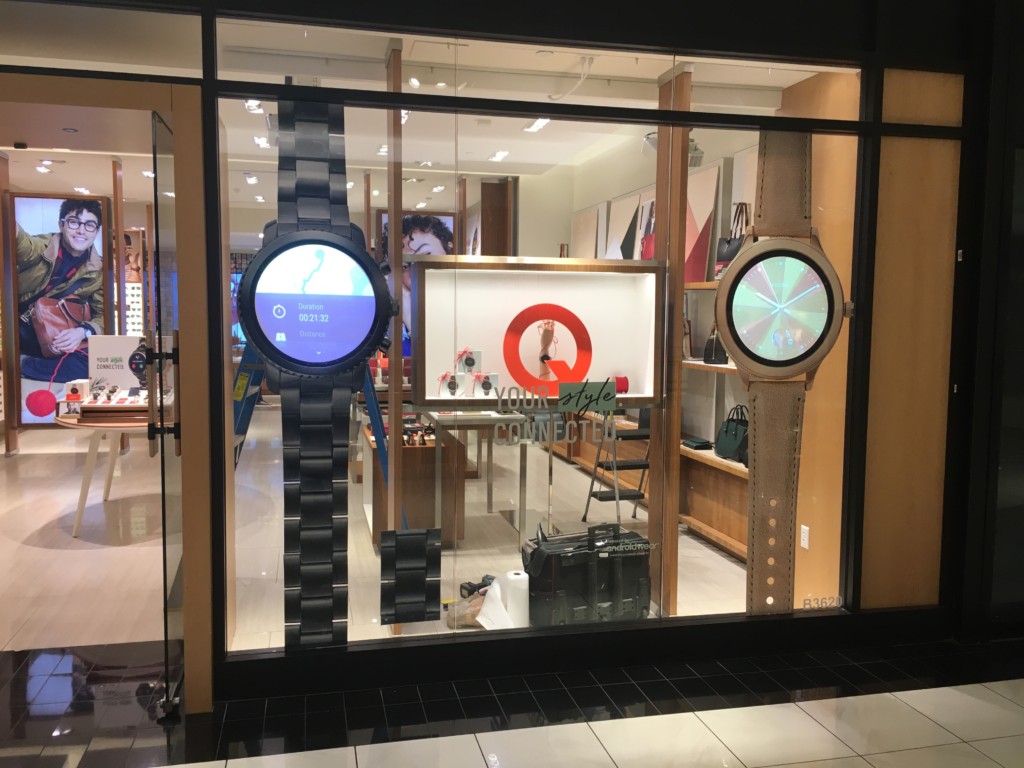 The use of projectors allows retailers to display advertisements, promotions, images or even video directly onto the glass storefront. Photo: Glass-Media Inc.

That might be one way to describe the U.S. population’s sentiments about brick-and-mortar shopping. Whether it’s lack of enjoyment, or the attractive simplicity and speed of online shopping, thousands of retailers have closed stores over the past couple of years. But what if shopping was fun again? For some companies, advances in digital media incorporated into glass storefronts and other retail applications, might do just that. Some of these technologies allow retailers to project their messages directly onto the glass; others are even interactive, providing customers with a dynamic shopping experience. For example, some storefronts feature touchscreen technologies that allow shoppers to interact with the store, even when it’s closed, providing a means for them to still do business.

Neil McSporran, manager of business development, architectural and technical services for Pilkington North America Inc. in Toledo, Ohio, says these technologies can even address one of the most frustrating parts of shopping: standing in line.

“Digital technologies will link into the store and allow shoppers to buy at the touchscreen rather than stand in line,” he says. “If you can remove that frustration, it helps people want to be in the store.”

Glass is an essential component in creating these digital storefronts, which are helping to change the customer experience, making it more interesting and user friendly. 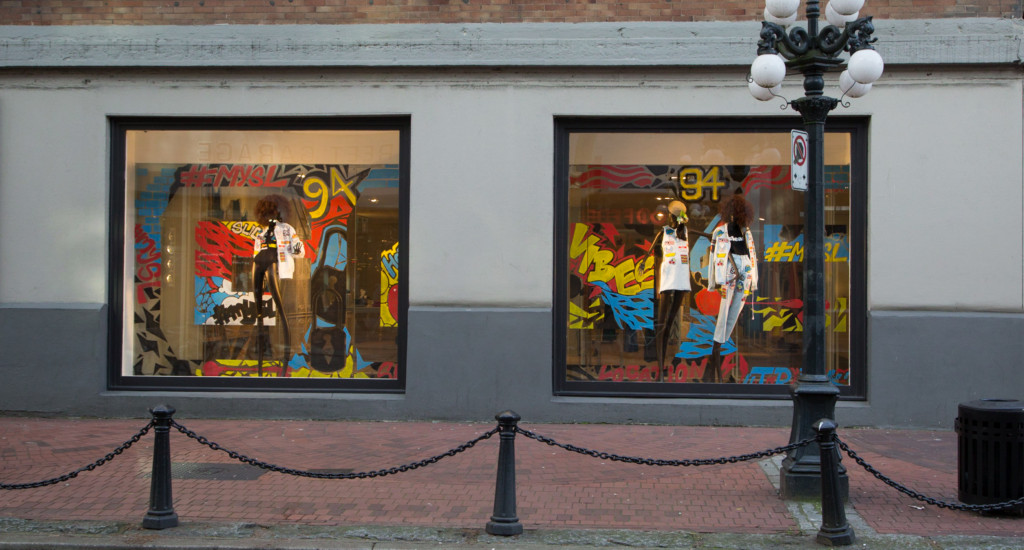 Some retailers are using LC Privacy Glass in storefronts and projecting artistic details for visual interest. The privacy glass can also transition from clear to opaque. Photo: Innovative Glass Corp.

“Most companies realize that digital technologies are becoming less expensive so they’re thinking of new ways to incorporate them into [applications such as] storefronts,” says McSporran.

Steve Abadi, chairman and CEO of Innovative Glass Corp. in Plainview, N.Y., adds that these digital technologies are an effective way for retailers to entice shoppers. His company provides a liquid crystal (LC) privacy glass that transitions from clear to opaque. It can be used in storefront applications for an attention-getting display medium onto which retailers can project images, then have it resort back to its clear state, making it like a temporary billboard.

As Abadi explains, retailers still want to have a clear window that allows shoppers to see what’s on the other side, “then at night or periodically throughout the day, they can switch to privacy glass and they can project onto the back of the glass,” he says. “The LC is a projected surface and they can put whatever content they want on the glass—specials, videos, rotating images, etc.”

Dallas-based Glass Media was founded nearly five years ago, and is focused on projection-based, end-to-end, digital storefronts for brands/retailers with a physical location. The company combines its proprietary display technology and analytically infused Internet of things (IoT) platform, to help create more dynamic shopping experiences. They work directly with retailers of all shapes and sizes, including digital brands that are moving to brick and mortar, and small- to medium-sized businesses, as well as design companies and architectural firms.

Daniel Black, founder and CEO, says existing retail stores are often stale and antiquated, and summon a number of concerns with their traditional means of in-store or storefront marketing and promotion. For one, he points out that most retailers only change their messaging eight to 12 times a year. Another issue is compliance. For example, paper posters are shipped out to stores across the country, yet not displayed in a timely fashion, or even at all.

“This creates more waste and is not very efficient,” says Black, adding that other issues include the inability to measure ROI on traditional print displays, and also that the same posters, banners, etc., are shipped to every store, everywhere, failing to take into account specifics about each city and surrounding demographics.

“We’ve developed a digital storefront technology to solve these problems,” says Black. “We manufacture a proprietary line of front- and rear-projection films that are applied over the glass, and then we mount a projector on the ceiling.” That projector is then used to display the imagery or video material onto the glass. This allows stores to change their window displays, for example, as often as they’d like. Black adds that the infrastructure is run over cellular networks so they don’t have to use an Ethernet cable. It’s completely off-net.

He continues, “Through our content management system [i.e., the store’s window display] anyone at the store [with access] can remotely log in through a tablet, desktop, etc. and [adjust] the scheduled campaign.”

One thing that’s unique to his company, Black says, is that they own their software, which allows them to custom tailor the content management.

“Most content management is designed to be maintained internally. Ours is designed for the end user [the store] to control the storefront message,” he says.

The company’s projects are split about 50-50 between new and existing construction. He says with new construction they get a bit more involved compared to existing buildings.

“We get involved with construction calls so contractors know where to put the electrical outlet for the projector,” he says, adding that they are also kept up-to-date on changes that could impact the digital display, such as a change in the lighting since brightness parameters are important.

To read the full article, which originally appeared in the July 2019 issue of USGlass magazine, click here.