Vitrum Begins in Milan With Increase in Exhibitors, Automation 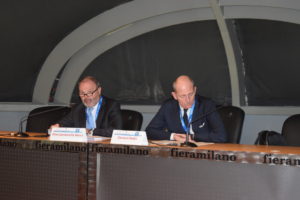 Vitrum president Dino Zandonella Necca (left) and Giovanni Rodia with the Italian Trade Agency open the show with comments about its growth since 2017.

Vitrum 2019, which opened today in Milan, Italy, is the place to be if you’re looking for new equipment. That’s according to Dino Zandonella Necca, Vitrum president, who added during the opening press event that the show has seen a 9% increase in total number of exhibitors compared to 2017. There was also a 21% rise in international stands and 45 new exhibitors.

While not new exhibitors, Glaston and Bystronic are sharing a booth for the first time here. Glaston Corp. chief operating officer and deputy CEO Sasu Koivumäki said the company has been increasing automation across its product lines, and reducing the role of the operator through software such as Glaston Insight Reporting and Insight Assistant Pro. Koivumäki said the company is applying these processes on the Bystronic side as well. 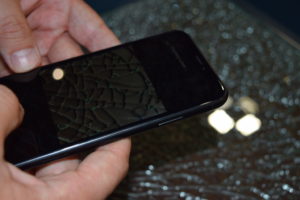 The Glaston Siru app allows users to take a photo of broken, tempered glass in order to count the cullet.

Glaston is also partnering with Heliotrope by manufacturing the machinery that can be used to make NanoEC smart glass. The product includes a thick polymer layer in between two glass lites that allow the unit to achieve a darker tinting state. This product is not traditionally laminated but can be used as part of an insulating glass unit (IGU).

The company is also showcasing its Glaston Siru app, which is free to download by anyone in the industry. The app allows fabricators to take a picture of broken, tempered glass using their phone or tablet to count the cullet pieces within a specific area. The user can choose the thickness of the glass, ensuring that it meets ASTM standards. 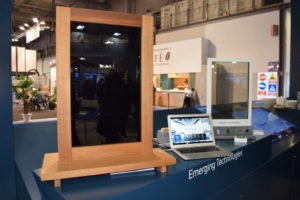 Glaston has partnered with Heliotrope on a machine that inserts a thick layer of polymer between two lites of glass to make them electrochromic.

Koivumäki also said his company has seen good results with Insight Assistant Pro for use with clear glass. Glaston is working on offering it for use with coated glass types as well.

Automation and Industry 4.0 continue to be major themes within the industry. CMS’s Connect software implements the Industry 4.0 concept, connecting machinery with maintenance, inventory and processing. The unified interface will be available on all of the company’s machines going forward, no matter what type of control system it has.

“It’s easy to use with a touch screen and big buttons,” said Chris Cullum, national sales manager for the glass division. 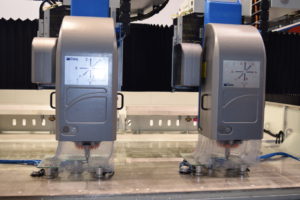 The cloud-based software can export status reports and CMS can use the data to help develop updates to its machines.

The company also highlighted its Speed Double-Head CNC machine which uses two heads, doubling the machine’s output. Cullum said this is especially useful for laminated glass and IGUs, which both use two lites of glass.

Cooltemper is using Vitrum as an opportunity to promote its RazorJet, a tempering furnace for 2.5-mm thin glass. It has a special quench designed for thin glass tempering. The thin glass could be used for solar applications, displays and for vacuum insulating glass, according to marketing director Kent Tu.

Vitrum runs through Friday, October 4. Stay tuned to usglassmag.com for our continuing coverage of the event.