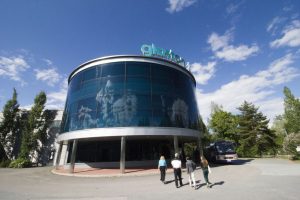 Staying in business for 150 years requires adaptability. That’s why a company now known as Glaston Corp. transitioned into the glass industry in the 1980s after more than 100 years in business.

The Finnish company began in 1870 as Hammarén & Comp., a forestry and paper company. In 1941 the company changed its name to Kyro and in 1981, Kyro acquired Tamglass Oy, expanding its reach into the glass processing industry. It wasn’t until 2007 that Kyro changed its branding to Glaston Corp., signifying the company’s focus on both glass and stone.

Juha Liettyä, head of heat treatment technologies at Glaston, says the owners in the 1980s wanted to focus on a less investment-driven business with a better future, as paper was a competitive business in Finland at the time. 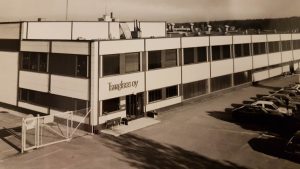 Tamglass’ facility in the 1970s

“The owners have always understood the importance of development and innovation, as well as the potential in the global marketplace,” he says. “They were able to successfully transition the company from paper into the modern glass industry, which is a remarkable achievement.”

Liettyä describes the decision to acquire Tamglass as a bold move that came with challenges such as how to grow and develop that operation. Then, when the global recession began in 2007/2008, the company had to downsize and transition to its current business model. However, since around 2015 the company has seen growth each year, and in 2019 acquired Bystronic to continue expanding its offerings. 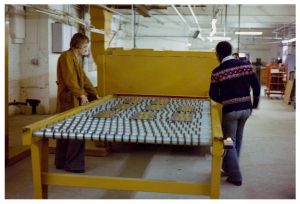 Glass heat treatment technology in Tampere, Finland, in the 1970s.

“We never gave up and always had new things in the pipeline,” he says, adding that the company has become increasingly global and now offers sales and service in more than 30 locations worldwide. “We’ve truly become an international company with all of the things large companies have despite not being a large company. Ninety-five percent of our sales are outside of Finland.”

Liettyä points out that the biennial Glass Performance Days conference in Tampere, Finland, has played a large part in connecting Glaston with companies throughout the world.

As the company moves forward he expects the integration of automation and digitalization with glass machinery to continue. He says Glaston will also focus on smart glass technology and automated lines that can take measurements of the glass, allowing the control system to access the parameters and function without an operator.

Glaston will celebrate its 150th anniversary throughout the year with special events for stakeholders, shareholders and cooperative partners. Liettyä also expects events related to the anniversary to take place at glasstec in October.