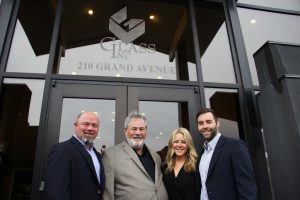 On July 5, 1999, Robert Smith and six others who had previously worked together in the commercial and residential glass industry banded together to form Glass Inc. in Meridian, Miss. It started out as a $5 million glass company and has since grown to a $30 million company over the past 20 years.

“We started in a small workshop and outgrew that building in the first year,” says Kristen Smith, president and owner Robert Smith’s daughter and communications/public relations coordinator for Glass Inc. “We moved to a new building and have been expanding it since with increased warehouse space.”

After Hurricanes Katrina and Ivan, the company opened additional locations in Gulfport, Miss., and Foley, Ala., which feature a display showroom for shower doors, mirrors and a variety of specialty glass.

Kristen Smith says the company has grown through its relationships. One of its strongest is with Yates Construction.

“Because of that relationship whenever Yates grew, we grew,” she says, adding that the company has done work from Dallas to Miami. 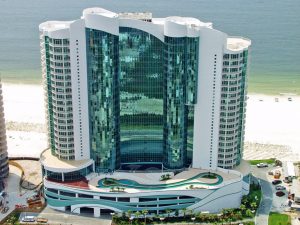 One of Glass Inc.’s major successes was Turquoise Place in Orange Beach, Ala., which Kristen Smith says is the company’s largest project to date.

Other strong relationships facilitating growth for the company are with curtainwall manufacturer EFCO Corp. and with St. Jude Children’s Research Hospital. According to Kristen Smith, Glass. Inc. has been on the forefront of technology, adopting unitized curtainwall early on.

“We’ve been able to tackle projects with EFCO that other companies thought impossible. We love a good challenge, figuring out projects and making it happen,” she says. “We design new systems with them to make projects work.”

Glass Inc. is currently working with St. Jude Children’s Research Hospital on several projects in Memphis, Tenn., and Kristen Smith expects the company to open a new location there, which she says is in need of a large glass company.

As the company continues to grow, Glass Inc. is focused on bringing in new employees and is working with the Mississippi State University Building Construction Science program to hire interns and find quality people.

“We want to find and train younger people to replace the guys in their 60s who have been in this industry for 20-30 years. Eventually they will retire and we have to have people to replace them. It’s an industry-wide issue,” says Kristen Smith. “We’re trying to stay in front of schools … We want to stay educated about our trade and recruit people. We want them to know that they can make a great living with us and don’t need to go to college to make a living.”

One of the reasons Glass Inc. is so focused on recruitment is because it credits its employees for the company’s success over the past 20 years.

“A large portion of our success has been due to the dedication and loyalty of our employees, including those six people who took a risk and started this company with my dad. All six are still here. We wouldn’t be where we are without them and all of our employees,” says Kristen Smith. 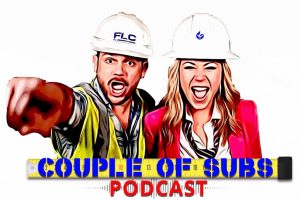 As the company moves forward, one of its focuses is on a new podcast called “Couple of Subs,” which she says is meant to help bridge the communications gap in the industry.

“We’re interviewing experienced and up-and-coming leadership to talk about the issues facing our industry and how we can work together and communicate as a whole industry to become more unified,” she says.

To celebrate its 20th anniversary, Glass Inc. released a book titled Reflections about the company’s history, which is available to read on the company’s website.