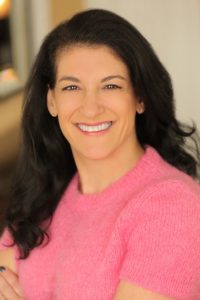 Jennifer Lang began her career at Minneapolis Glass Company in 1995. Today she is the company’s owner and president and has been ranked 46th on the Women President’s Organization’s (WPO) 2019 Women 2 Watch List. Lang has been involved with WPO for ten years.

“Being recognized by my group of peers is significant and I appreciate it as a woman business leader. We have to support one another and continue to boost up the women business owners in our economy,” she says.

Lang adds that while she’s used to being a minority in the glass and glazing industry she’s found great support.

“Part of it was having good mentors, partners, support and training throughout the industry to help nurture my career,” she says.

She describes manufacturing and construction as extremely interesting fields that are always changing.

“We need more women in construction and manufacturing, both as skilled tradespeople and in management and ownership,” she says. “There’s a low barrier to entry and a lot of on-the-job training. It’s a uniquely positive experience. That may not be what others have found. I feel that I’ve been lucky.”

Lang’s father became the sole owner of the company in the 1980s. Lang originally planned to go to medical school and took a job at the front desk to earn money while studying for the MCAT.

“I really enjoyed the industry and company and thought there might be a possibility to find success in a different way here,” says Lang. “I took a chance and stayed for a while to see how it would develop.”

She worked in several different positions within the company, including purchasing and human resources, before going back to school to get her MBA. She became president of Minneapolis Glass Company in 2006.

“Obviously, I decided medical school wasn’t right for me,” she says.

Shortly after Lang became president, she and the company were faced with the challenges of the Great Recession.

“That was a very difficult period. Revenues dropped off and we had to lay off people for the first time in the history of the company,” she says. “We realized we could make it and weather the storm. We knew what we needed to do was be an agile company, preserve our culture and focus on innovation to move forward. Our biggest challenge became our biggest success.”

Since then the company has focused on lean manufacturing techniques and leveraging equipment and technology not to replace craftsmanship, but to enhance what the company’s employees already do.

“We’ve focused on our people and their development. We’re a family-owned business and we really do think of it as one large family … We’ve got over ten groups of families represented in our company.”

Lang says her employees have an average tenure of 11 years and several people have spent their entire career at Minneapolis Glass Company.

“That’s something I value and feel grateful for. I’m excited about what we’re doing and who we’re doing it with,” she says, adding that the company also does charity work within the community every quarter.

Creating employee development opportunities and a strong company culture are important to Lang, as is strengthening the company’s market segments. Minneapolis Glass Company’s sales have grown tremendously in the past ten years with growth in different business segments such as commercial and residential glass installation and fabricating and distributing, according to Lang. Minneapolis Glass also has doubled its manufacturing size by adding a second building in the past six years. The company’s focus is within a 250 radius of Plymouth, Minn., but it delivers to retailers and manufacturers who distribute throughout the country.

Going forward, Lang plans to maximize her customers’ experiences and make the business easy and predictable to work with. She adds that training also is important.

“I’m involved at the local level with workforce development. I want to continue to encourage youth to get involved in the trades. It offers great jobs and careers,” she says.

Lang is involved locally with the Finishing Trades Institute Midwest. They’ve been working to get kids interested in the field at a younger age.

“We need to identify kids who have an aptitude for hands-on learning early on to nurture that,” she says. “Exposure to the industry is huge. We’re working to get groups of girls and young women to tour different facilities and hear presentations about construction trades. Part of the problem is just lack of exposure. We need to get in there and expose all kids to their different options.”