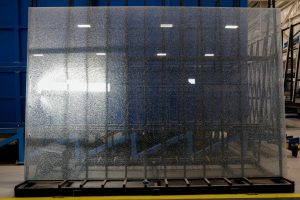 AGNORA recently has been accredited for the new heat soak testing (HST) standard ISO 20657, which aims to mitigate glass breakage caused by Nickel Sulfide (NiS) inclusions. The new standard is an evolution of the EN14179-1:2005 standard following scientific publications, which proved a slightly lower HST temperature is effective for testing. The EN14179 is now under revision.

“The aim of the new standard is to catch more particles and thus increase the reliability of this destructive testing,” says Louis Moreau, head of technology and innovation at AGNORA.

NiS inclusions are small particles that are formed in the glass manufacturing process from the sulfur of the firing agent and surrounding metallic surfaces. These inclusions then contract through the tempering process, resulting in an unstable, smaller structure. Overtime, the NiS inclusions will expand back to their original state, exerting immense forces on the glass and eventually causing breakage. 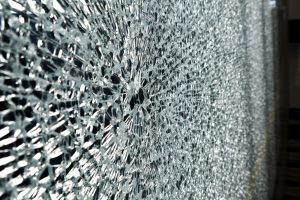 The HST process allows NiS inclusions that may be in the tempered glass to expand back to their original size in the safety of a chamber. Since there are variations of NiS structures, the new ISO standard aims to make all variations react.

“Since there are different ‘types’ of NiS inclusions the test must encourage all of them to react and create that failure. This is what the new ISO accreditation ensures: The broadest range of reactions to produce failure, should there be any,” says Moreau. “We follow the leading ISO requirements because it is the best evidence-based approach we can facilitate. In addition, we will be able to provide our customers with a report on each batch of glass tested indicating temperature curve and time spent in the oven.”

The report, issued by AGNORA, will help customers ensure that all available safety testing occurred, and that all standards are followed, according to the company. Adopting the new standard requires the re-calibration of the HST oven to alter its temperature and firing times by an accredited third party.