Follow the Numbers: Retrofit and Renovation Can Mean Big Opportunities 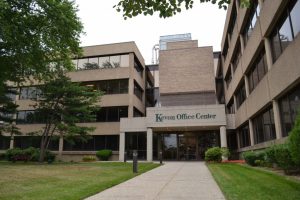 They say the numbers don’t lie, so co consider these:

The numbers show that the U.S. glazing industry is standing before a big opportunity.

“The commercial building sector in particular remains dominated by aging buildings with substandard windows and facade systems—systems that have been in service far longer than anticipated by the original designer,” says Mic Patterson, ambassador of innovation and collaboration with the Facades Tectonic Institute, pointing out that renovating and repurposing older buildings represents a more sustainable strategy than demolition and replacement. “The potent messages of embodied carbon, combined with the time-value of carbon, tell us that we should be doing as little building as possible, especially new construction. In addition, there is increasing recognition of the role of the building skin in providing a healthy and productive interior environment.”

Improving the energy performance of existing buildings can save billions of dollars, creating a more comfortable environment for occupants, and reducing the building’s environmental impact. It can also mean business for the glazing industry. The challenge, however, is getting those existing buildings to the same, or better, performance levels as new construction—and getting the owners to do it.

Where Are We Now?

The COVID-19 pandemic has left everyone searching for the new normal. The current state of the world economy, combined with the American Institute of Architects’ historically low Architectural Billings Index score of 29.5 (scores above 50 indicate growth), could be signs that new commercial construction will remain low for some time. However, there are indicators pointing to growth potential in renovation work for the glazing industry, such as stimulus funding for building retrofits and improvements. And the market is ripe with reasons why the time is now for replacement.

“Without question, the largest energy usage and energy waste to both heat and cold, occurs in the windows/fenestration of older buildings, followed by challenges in sound attenuation, especially in crowded city locations—both have an impact on tenant comfort,” says Arthur Berkowitz, president of Renovate by Berkowitz. “Typically, the new construction and retrofit markets are cyclical. If the expected softness occurs in new construction starts, then the expectation for the glass industry is to focus on the uptick in rehab opportunities. Estimates for commercial buildings that are currently single-glazed, typically clear glass, and constructed in the 1950s, 1960s, and early 1970s (before the 1973 oil crisis) approach a 1 billion square foot market opportunity for upgrading the building envelope/windows.”

Kevin Robbins, director of Apogee Renovation (a part of Apogee Enterprises), says there are a number of key problems with older buildings that impact energy performance and efficiency.

“Buildings older than the early 1980s don’t have low-E glass. Insulating glass was introduced in the mid-1970s. These buildings have very poor energy efficiency,” he says. “Additionally, these buildings’ windows are near the end of their lifespan due to aging insulating glass and frame seal failures.”

The information in this article was originally part of the feature titled, “Follow the Numbers.” To read the full article, which originally appeared in the June 2020 issue of USGlass magazine, click here.

1 Response to Follow the Numbers: Retrofit and Renovation Can Mean Big Opportunities