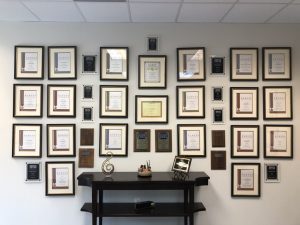 USGlass magazine was honored with several awards this week by the Association of Business Publication Editors (ASBPE) for its AZBEE Awards, recognizing editorial excellence in a variety of categories.

The magazine was honored with two design awards. The first was a Gold in the category of front cover photo for “The Next Generation of Facades,” designed by Dawn Campbell, managing editor/art director. The second was a bronze in the infographics category for a variety of infographics in various issues designed by Saundra Hutchison, art director. 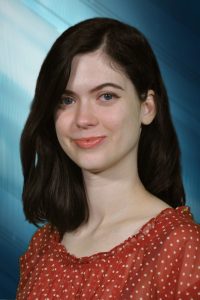 Jordan Scott, assistant editor, also received the Outstanding Young Leader Award, which recognizes editors 30 years old or younger, who have worked for at least two years as an editor at a business magazine or associated web publication. Candidates are sponsored by their chief editor, and must plan to continue in the business press as a career.

The judges selected the winners based on their résumés, clips, recommendation letters from their chief editors, and their essays on how they became involved in the business press, their biggest challenges as business-to-business editors, and their future career goals.

“I was so happy to nominate Jordan for this award and she is more than deserving,” said Tara Taffera, vice president of editorial services for Key Media & Research, parent company to USGlass magazine. “Jordan has a long and rewarding career in front of her and the entire staff looks forward to working with her in the years to come.”

KMR received five additional awards for its publications, Door and Window Market, Window Film and Auto Glass Repair and Replacement. The company is also up for some ASBPE national awards which will be announced later this year.