Lucius S. “Lou” Niles, former president and CEO of Benson Industries, died at his home in Simon’s Town, South Africa on June 7, 2020, after a brief illness. He was 72. The eldest of three sons, Lou was born to Richard and Leonarda Niles in South Haven, Mich., and displayed an entrepreneurial spirt as a young boy. He and his brother, Larry, sold ice cream treats at the local mill, so they could enjoy more time to play baseball. 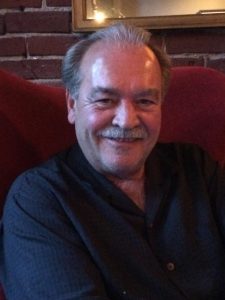 A graduate of the University of Michigan, he served in the United States Marine Corp from 1969 to 1973 and earned two purple hearts while serving in Vietnam.

Lou started his career in the glass and glazing industry as a project manager with PPG Industries in Virginia. In 1980, he was hired by Tom Benson Industries Inc. and relocated to Portland, Ore. Within five years, Lou became CEO and president. Under his leadership, Benson Industries transformed from a regional glazing contractor into one of the world’s leading custom curtainwall providers, opening offices in Los Angeles, Dallas and Chicago. According to his obituary, “Using the entrepreneurial spirit he developed in his youth, Lou took the company international in 1992, and continued to build its reputation as a premier facade contractor. His distinguished, visionary leadership set an example for everyone that worked with him.”

In 2000, Benson undertook its first project in New York and in 2007 the company was awarded the Freedom Tower (One World Trade Center). Benson was named the Architectural Foundation of Oregon’s Citizen of the Year in 2013, the first and only time a manufacturer/contractor had been honored.

In August of 2013 Benson Industries was acquired by MiTek, and in January 2015, after 35 years of leadership, Lou retired with many iconic buildings including the Freedom Tower, Salesforce Tower, Wilshire Grand and UN Secretariat re-clad, as his legacy.

Lou was a patron of the arts and believed in giving back to his Portland, Ore., community, becoming a Cornerstone Partner of United Way. He was an ardent supporter of Metropolitan Family Services and its mission to help move people beyond limitations of poverty, inequity and social isolation. In retirement, Lou and his wife, Glori, split time between homes in Portland, Ore., and South Africa.