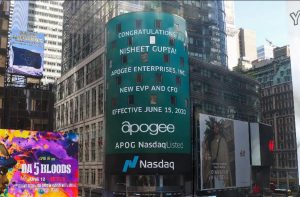 Eastman Chemical Co. rang the Opening Bell at the NYSE to commemorate its centennial anniversary on Tuesday. According to the company, Eastman CEO and board chair Mark Costa rang the bell virtually due to the COVID-19 pandemic. 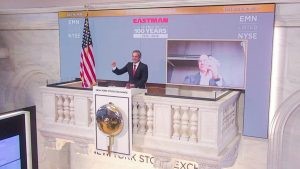 “It’s an honor to ring the NYSE Opening Bell to commemorate our 100th anniversary,” said Costa. “In this highly competitive industry, we owe our sustained success to the dedication of our talented employees, our loyal customers and suppliers, and supportive global communities. We are committed to entering our next centennial with the same values, innovative spirit and resilience that have propelled us for a century.”

Eastman has been a member of the NYSE since it became a publicly traded company in 1994.