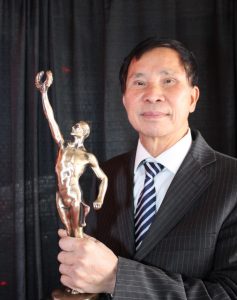 Thomas Chen, founder and chairman of Crystal Window & Door Systems, recently was named one of Schneps Media’s 2020 Kings of New York. The award recognizes top businesspersons, civic leaders and non-profit arena giants for their outstanding contributions in industry, politics, arts, culture and religious work, as well as their impact on their communities.

“For 30 years, I have worked hard to expand Crystal Windows and make it a positive influence in New York and the nation,” says Chen. “Being named a King of New York by one of the largest media companies in the region is a delightful, unexpected surprise, and I am honored.”