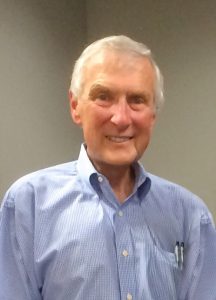 Retired former president of Petersen Aluminum Corp., John Paleczny, died on October 18 at the age of 72. Paleczny worked for Petersen for 49 years, from 1970 to 2019, while overseeing revenue growth from $3 million to more than $170 million when he retired.

Paleczny was instrumental in the evolution of Petersen and the PAC-CLAD brand of architectural metal cladding products, according to the company. He joined Petersen on the anodizing crew and rose to the position of president, working closely with company founder Maurice Petersen and then with Petersen’s son, Mike, who is the current president.

“John had more to do with the growth and success of Petersen than any single person that has ever worked here,” says Mike Petersen. “We were so fortunate to benefit from his intellect, market knowledge, sales skills and leadership. He mentored me early in my career and was a lifelong friend. I have heard from many of John’s friends in the industry and a common thread is a kind man, wise and quiet leader and friend to many. He was one of a kind and irreplaceable.”

During his 49-year career at Petersen, Paleczny also held volunteer leadership positions, including president of the Chicago chapter of the former National Association of Aluminum Distributors, chair of the Metals Service Center Institute’s (MSCI) aluminum division, and a term on the MSCI executive board. He also served on multiple committees and supporting groups in his career. In 2018, MSCI gave its Lifetime Achievement Award to Paleczny in recognition of his contribution to the metals industry during his career.

Robert Weidner III, president and CEO of MSCI, says of Paleczny, “John was an icon in the metals industry, and a man of honor, decency, intellectual brilliance and compassion. He demonstrated empathy beyond any standard I’ve witnessed in business. He was a mentor, confidant and trusted friend. My heart is heavy, but life is richer because of John. While we mourn his leaving us too soon, we celebrate his life and thank him for making each of our lives better.”

Paleczny said in 2018 that his approach to management was to be hands-on while allowing people to do their work with the least amount of supervision. “I learned early in my career that it was critical to build a great team, set the goals and then let them have the necessary freedom to deliver.”

“John was a tremendous mentor for me. He followed in our founder’s philosophy as a tremendous salesperson, putting our customers first,” says Jon Snyder, retired Petersen vice president. “He was also always willing to accept change and not allow us to rest on any previous accomplishments, often on the leading edge of ideas to advance PAC and our industry. He was a tremendous businessman but, more importantly, a man of great character and principles which was evident in all he did. He will be dearly missed.”

Tom Bell, also a retired Petersen vice president, recalled how inspirational and important Paleczny was for him but also Petersen.

“When finally given the leadership role, John led us to burst out of good but not spectacular sales and profit to a six-year performance that few in our industry could fathom. A strong and steady hand gave us the confidence to push beyond the norms and expand our geography, customer base and overall product mix. John was the first to consider me for a role with Petersen roughly 23 years ago, and both my wife, Diana, and my entire family owe him the greatest of gratitude for the chance to work for such a wonderful man and company,” says Bell.

“John was a tremendous driver of Petersen’s success. His focus, knowledge and understanding of all aspects of the business exceeded all expectations for a man with such broad responsibilities. He took input of Petersen employees in the field and supported them as the various product lines grew and evolved, all while keeping a hands-on understanding of how the business was changing,” he says. “John always took the time with me, as a young manager, to help explain ways to approach problems. Not what to do, but how to reason through the best way to resolve the challenges of our business. His measured, patient and wise counsel will continue to be a guide to me in both business and life. I have and always will consider him one of my greatest mentors.”