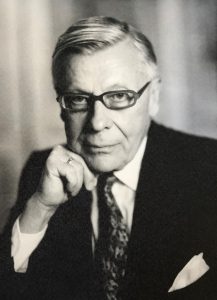 Rehau company founder and honorary president Helmut Wagner died on Sunday, January 24, in Switzerland surrounded by his family. He was 95.

Wagner had been involved in plastics since 1948, founding the company in the city of Rehau, Upper Franconia, Germany, as a family-owned business that employees say is still strongly characterized by the pioneering spirit of its founder.

“The great sympathy for the passing of our father comes from many regions of the world. We are very touched by this as a family,” says his son Jobst Wagner, president of the Rehau supervisory board. “It shows the great legacy that Helmut Wagner has left behind as one of the pioneers of modern industry, a courageous creator and unwavering visionary. We will honor the memory of Helmut Wagner by resolutely continuing his impressive work. His entrepreneurial spirit will continue to guide us.”

“In deep mourning and sincere gratitude for the achievements of our founder, the Rehau family is especially united in these days,” says William Christensen, CEO of the Rehau Group.