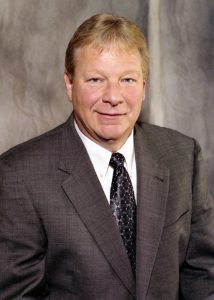 Thomas Ziegler, president of operations at Gateway Extrusion Systems of Union, Mo., died on January 17, 2021 due to health issues. He had been with Gateway Extrusions since 2006. Ziegler is survived by his wife, Janie Ziegler; three sons, Michael Ziegler, Jason Ziegler and wife Amy, and John Ziegler and wife Kelly; father, Louis Ziegler; and more.

Ziegler joined Gateway as the general manager for the facility and was named president of operations in 2017. In earlier years, Ziegler held management positions with Alcoa at extrusion facilities in Georgia and Mississippi. He had over 40 years of experience in the aluminum extrusion and fabrication industry.

“Tom’s passing is tragic and has deeply saddened everyone at Gateway and across the Crystal national family of companies,” says Steve Chen, president of Crystal Window & Door Systems, the parent company of Gateway. “Over the past 15 years, Tom set a visionary course leading the company’s growth, expansion, modernization and financial success.”

As president of operations, Ziegler was responsible for daily operations, sales and a workforce of 125 at the 170,000-square-foot Missouri facility. In addition, he directed several company expansions, brought new equipment online, added experienced managers and employees, and was instrumental in developing new markets for the company’s extrusion, finishing and fabrication services, according to the company.

Under Ziegler’s leadership, Gateway expanded from exclusively serving its parent company to serving many companies in a broad array of industries such as automotive, shelving and storage, office furniture, displays, marine transportation, fencing and railing, lighting and other window and window accessory manufacturers, according to the company.

In recent years, Ziegler had been responsible for leading a major, multi-year phased expansion of the company. Gateway acquired its existing building that it previously had been leasing and bought the adjacent property for future expansion. The company invested in significant building renovations and purchased and installed new 7-inch and 9-inch aluminum extrusion presses. A major addition to the factory was built to accommodate a new vertical powder coat paint line that was installed in 2017.

“Without Tom at the helm of Gateway, none of this would have been possible. His experience, professionalism, calm but steady leadership and affable nature made him a unique larger-than-life person. He will be sorely missed and never forgotten,” says Chen. “On behalf of all those at Gateway Extrusions and the more than 750 Crystal employees around the nation, we offer our sincerest condolences to the Ziegler family.”