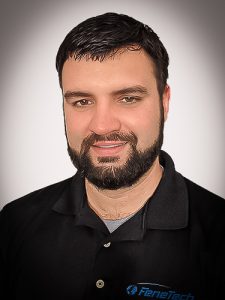 FeneTech Inc. has promoted Brett Wilson to Quality Assurance Group manager. Wilson joined the company in 2011 after earning a Bachelor of Science degree in applied mathematics from Kent State University.

During his nearly ten years with FeneTech, Wilson has demonstrated the ability to expand his knowledge of the software and proven his commitment to quality, according to the company.

“Brett fully understands the critical role the Quality Assurance Group at FeneTech plays in allowing us to deliver quality software solutions to our customers,” says president and CEO Ron Crowl. “I have a high degree of confidence that with Brett’s leadership, we are taking steps to solidify our company’s foundation further, allowing us to live our mission statement.”

Wilson has initiated and led the company’s automated testing initiatives and, when needed, executed customer care and applications group projects. In 2019, Wilson was promoted to quality assurance testing lead, where he led team testing, employee development and build planning.

In Wilson’s new role, he will have complete responsibility for the Quality Assurance Group, emphasizing team growth, quality and output, according to the company. His duties will include further embedding the team into development activities, increasing test automation and improving procedures and best practices.