The glass industry has lost two of its icons in the past few days. Charles O. “Moe” Peterson, Jr., former director of technical services and product development for PPG, died February 15, 2021 at the age of 83. Norman Carl Nitschke, who worked at Libbey-Owens-Ford (LOF) and Glasstech Inc., died on February 14, 2021 at 100 years old. 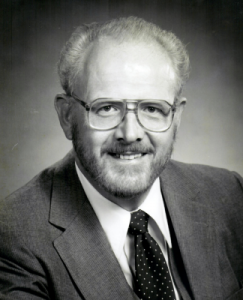 He retired from PPG in the 1990s after 30 years with the company. Peterson also was a member of the Flat Glass Marketing Association (FGMA) and Glass Association of North America (GANA).

“Moe was an icon of the glass industry, a true legend. He was very influential on my career as he brought me into the architectural glass business from the automotive glass business of PPG in the 1990s and I have been in architectural glass ever since,” says Paul Bush, vice president of technical services and government affairs for Vitro Architectural Glass (formerly PPG). “Moe was a wealth of knowledge on glass and glazing; instrumental in the beginning and proliferation of structural glazing and he guided many, many successful projects from the production of the glass all the way to installation of the fabricated product into the building.”

“A key characteristic about Moe that I will always remember is how positive he was; he always had a kind word to say about the work of others, particularly those that were behind the scenes, praising the people that did the analytical work, forensic work and especially the scientists doing the research and development of new products,” continues Bush. “Moe was dedicated to both work and his family and in between, he enjoyed cold beer with friends … he was a tough act to keep up with! In his later years he really enjoyed his family, spending time with ‘The Bride,’ Joyce, helping with his son, Kyle’s business and spoiling the grandkids. He will truly be missed.”

Patrick Kenny, founder and president of Value Ingineering Consulting and vice president of marketing for Vitro Architectural Glass until his retirement, says that under Peterson’s leadership, PPG essentially defined the glass industry’s safe glazing practices with windloads and thermal stress analysis as foundations.

“At that time, the only two glass leaders were PPG and LOF. When one of these giants issued a technical service memo (TSM) to the industry, they were revered and read at all levels by all channel participants. There were literally dozens of TSM’s issued under Moe’s name, highlighting new learnings by PPG on the safe use of glass, including the obscure but still relevant one about the proper use of glass in airport control towers,” he says. “Moe had a very brainy degree in physics or math; he was extremely smart. But Moe’s best talent was his fun, enjoyable demeanor. He got along well with everyone and always had a good time enjoying a few beers at sales meeting, post-jobsite meetings, etc. His work then still casts a long ray of light on the amazing facades being installed today.”

Bob Brown, co-founder of the Old Guard Reunion, describes Peterson as having had a large stature in addition to a large amount of knowledge, which he presented on subjects of interest across the flat and auto glass industries with vigor and authority.

“In that span of time for the industry there were many subjects of controversy being addressed in different corporate avenues,” says Brown, adding that he has an example one on which Peterson was emphatic on the perils of pursuing. “It was post-tempering fabrication, such as face mitering [grooving] tempered glasses for decorative purposes. Lots of it was being sold as desirable and still safety glass. Moe’s PPG posture was that it terribly corrupted the strength of the tempered pieces on which had been done. He warned against post-tempering edgework being done on tempered pieces as well for the same reasons. Ironically, I suspect those two fabrication issues are still being debated now within the tempering and heat-treating glass industry in our forums.  Moe had a similar warning, as I recall, on using fully tempered flat glass windows on wood burning stoves or in fireplaces because of the trending annealing patterns in said glass panels, when exposed to very high heat in those applications.”

“In those days, LOF and PPG had multiple instances of disagreement and I was able to sit in various settings on committees of the Glass Tempering Association in addition to the Safety Glazing Certification Council where those arguments between [the late] Don Vild of LOF and Moe, or previously B. McKinley, were loud, lengthy and informative,” he adds. “Those arguments were often joined by technical representatives from AFG, Ford Motor Co and Guardian. A lot of knowledge and common sense has been lost with Moe Peterson’s passing.”

A service will be held at the Thomas L. Nied Funeral Home in Swissvale, Pa., at 10 a.m. on Saturday, February 20. 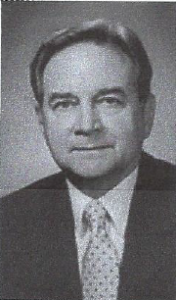 Nitschke grew up in East Toledo, Ohio, during the Great Depression. He graduated from the University of Michigan with degrees in electrical engineering and engineering physics before going on to work in the glass industry.

In his career, Nitschke made significant contributions to glass technology. He is listed as inventor or co-inventor on several patents which have advanced glass fabrication.

After several years with Sun Oil Co. and LOF Glass, he partnered with the late Harold McMaster from 1951 until his retirement. Their first company, Permaglass Inc., introduced and promoted tempered automotive glass, which is used in nearly all U.S. vehicles today. Permaglass Air Float furnaces were sold to international glass companies, Chrysler and Ford Motor Co.

Nitschke served on the Safety Glazing Standards Committee of the Society of Automotive Engineers and on glazing committees of the American National Standards Institute. He made important contributions to public safety when he testified before the Consumer Product Safety Commission and served as chairperson of the committee that drafted the Standard for Architectural Safety Glass, currently in use today. He helped organize and served as president of the Glass Tempering Association in addition to the Safety Glazing Certification Council.

Nitschke retired from his executive responsibilities in 1992 when his wife, Lois, was diagnosed with cancer. In the years since, he has contributed to several community and educational causes.

He was preceded in death by his parents, Bruno and Anna Nitschke; his wife, Lois; his brother, Melvin; and great-granddaughter, Beatrice.

Final arrangements are being handled by Witzler-Shank Walker Funeral Home in Perrysburg, Ohio. Funeral and burial will be private, but a celebration of his life will be held when circumstances permit.