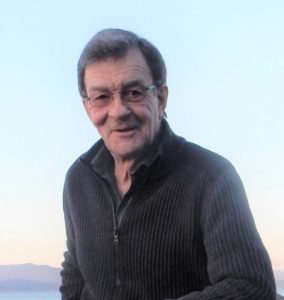 Scot “Rory” McDonald is retiring after more than 40 years in the Canadian glass industry.

“On behalf of the Hartung Canada team, I’d like to congratulate Scot and thank him for his service,” wrote Bruce Butler, general manager for Hartung Canada in a company statement. “You have made Hartung a stronger company and the industry a better place to work. Thank you for sharing your wisdom and leadership with the entire Hartung team. Scot’s tremendous industry knowledge will be sorely missed. Scot is not just an industry icon, he’s a class act and just a great human being. I will miss that the most.”

Born and raised in Manitoba, McDonald moved to Winnipeg when he was 25 and got his first job in the wholesale glass business, running inside sales at Bogardus Wilson.

“They had a vertical tempering line, manufactured insulating glass and were contract glazing,” said McDonald. “They were a very big company and I was in wholesale. After transferring to work in outside sales at Bogardus Wilson in Edmonton in 1981, the ’82 recession hit and I was transferred then to the Burnaby location. I stayed there till 1985 and then I joined Tempa Glass where I was in sales and sales management for 17 years, until 2002.”

Tempa changed ownership over the years and McDonald moved to Garibaldi Glass in 2002 before making his final career move to Hartung Canada in 2009. McDonald says that two standout periods of time during his career were Expo 86 and the 2010 Olympics.

“The economic growth,” says McDonald. “Thousands of different jobs. I was one of the first salespeople in western Canada to start selling wholesale glass across the border into the United States eventually selling from Seattle down to San Diego.”

Reflecting on influences, McDonald says Gary Bruendl from Tempa Glass was a visionary.
“Bruendl was one of the first to have a horizontal tempering line. He was very hardworking. He came from Germany with nothing and built a very successful company. I learned a lot about business from him.”

And after imparting much about the business to others, McDonald has chosen to step away.

“It’s always going to be a tough decision to retire,” says McDonald. “But it’s time. There is life to live. The glass business was good to me and gave me a good living for 42 years. I saw a lot of changes over the years. From the introduction of low-E glass in the early 80s all the way through to what we’re doing now with large sizes and different coatings. There’s been a lot of technological progress over my career.”

McDonald would tell young people considering a career in glass that the business is attractive.

“We need to increase the exposure. My advice to anyone new is to work hard. Learn your craft.
Continuous learning is very important as the industry changes. To stay current, you have to keep improving all the time,” he said. “The people in this industry are what made the glass life good. Glass is a tangible item, but the intangibles are all those personalities and all those characters that I’ve met the span of those years. It’s really the people of the industry that have made it a great industry to be in. As a salesperson, what I’m going to miss more than anything else is the interaction between myself and my customers.”