“Kind of Like Ballet,” Female Glaziers Reflect on Their Craft 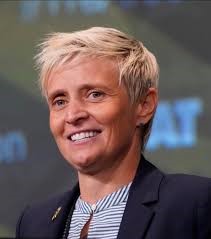 Women in Construction Week is underway, highlighting women as a viable component of the construction industry. While women make up a small percentage of the glazing and overall construction industry workforce, their numbers have grown over the years and several glazing women hope visibility will attract more women to the jobsite. To celebrate, USGNN™ is highlighting three women glaziers over the next three days, beginning with Madison Hull.

Hull has been in the glazing industry for nearly 19 years. She was fascinated with building and took a skilled trades class at her local community college. Tradeswomen Inc. came to talk to her class about apprenticeship opportunities, which led Hull to seek out an apprenticeship. Hull now works as the director of service for the International Union of Painters and Allied Trades (IUPAT) District Council 16 in Northern California, but she loved being in the field.

“I loved being on a swing stage at 48 stories while I was still out in the field. There were two workers on the outside and two on the inside; how we had to be in sync with each other was kind of like ballet,” she says, adding that the San Francisco Federal Building is her favorite of the projects she’s worked on.

Hull says there were more barriers when she joined the industry than there are today.

“Anyone can do the work if they’re passionate. It’s not just a man’s job,” she says. “That attitude hasn’t been totally eliminated but it’s evolved to where if women want to do the work they can come on in.”

More companies are paying attention to women entering the trades, says Hull. There’s now safety equipment for smaller-sized people or people of different genders, and acceptance has grown across the construction industry. Hull points out though that prior to the pandemic, she often heard people discuss the labor shortage at meetings.

“Women are 51% of the population so why aren’t we tapping into that resource? We need to be honest and show how the diversity and inclusion of different genders and ethnicities can make companies excel,” she says.

To recruit more women to the industry, IUPAT partners with community groups such as Tradeswomen Inc., community colleges, high schools and career fairs, which Hull describes as a huge pipeline. The organization also partners with national building trades’ pre-apprenticeship programs.

However, Hull points out that recruitment isn’t successful without the infrastructure to create retention, such as having jobs available consistently so women, as well as men, don’t have to wonder if they’ll have a job the next day. She also says it’s important to have mentorships and structures in place so women from any craft have allies and feel comfortable going to them if any situations arise.

Her advice to women just entering the glazing trade is to follow their purpose and passion.

“You know why you’re there and no one can dissuade you from your dream,” she says.

Women in Construction: The Numbers

According to Hull, IUPAT District Council 16, which includes Northern California and Nevada, has 3,369 total active glazing members. Of those members, only about 1.4% are female glazing journeymen, glazing apprentices or glazing industrial workers.

1 Response to “Kind of Like Ballet,” Female Glaziers Reflect on Their Craft