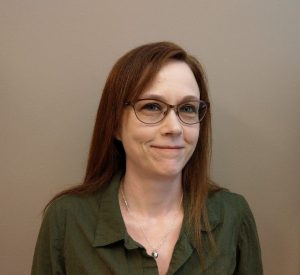 Women in Construction Week is underway, highlighting women as a viable component of the construction industry. To celebrate, USGNN™ has spotlighted a female glazier for each of the last two days. For day three, we spoke to Lisa DeRosia of the International Union of Painters and Allied Trades (IUPAT) District Council 5. She is a business representative with the Glaziers, Architectural Metal & Glass Workers Local 188 in Seattle and has been in the industry for 20 years.

She first learned about glazing after a coworker’s husband, who was a commercial glazier, told her about the industry. DeRosia loves building things and understanding how they work. She says when she was working on the jobsite she enjoyed how the products and technology were always evolving. Her favorite project is the Seattle Public Library.

She says the industry has taken a few steps forward and back since she first joined it.

“As with anything there’s an ebb and flow of people who come and go. During the recession it was tough. Work got scarce and more competitive. I never lost time at work but the support disappeared and it became more of a struggle,” says DeRosia. “Once the work was more plentiful more women started showing up again.”

She explains that when she first became a glazier there were only two other women working with her. There were more women in other trades, but she was unique as a glazier. However, the numbers have been improving in recent years. She believes the industry is now making more space for women, minorities and other people who may not have thought to go into the trades previously.

“It’s nice to see people coming from other walks of life,” she says. “Working hard for yourself can sometimes make room for others like you.”

DeRosia recognizes that quality daycare is a huge issue for women in the trades and believes that access to affordable daycare would be a huge step to getting more women in the trades. The Iron Workers and IUPAT both offer maternity leave, which she says is a step in the right direction.

“All of those things will help as well as recruiting in the right age group,” she says, adding that community colleges and job fairs may be more successful recruiting sources than high schools since many people don’t turn to the trades until their mid-20s. “We need to pay more attention to those people who decided that college isn’t for them and that a nontraditional trade may be a better option instead of debt.”

Once women enter the glazing trade, DeRosia says many are still not being promoted or tapped for leadership roles.

“For every 100 men in leadership, there may be one woman. Men are recognizing that they need to make room at the table … We definitely need to help people realize that the things they say and do shape the field of the people coming up behind them. I wouldn’t be where I am today without the men in the trades who helped and supported me. I also need to be aware and reach out to other women to get them more involved,” says DeRosia, who adds that it’s important to have different points of view. “I sit on several committees and trusts and being the only woman in the room can be disarming … If people don’t deal with certain issues themselves they won’t know they are issues or realize their importance. It’s important to have people from other walks of life. I don’t think people are intentionally trying not to include people … but men don’t know what it’s like for women like I don’t know what it’s like for men. It’s important to have men, women and everyone at the table to make it better for everyone.”