For a company called 310 Tempering, it’s not surprising that March 10—3/10—was the day it chose to cut the ribbon on its second location. Based in Louisville, Ky., the company is expanding east with a new production and manufacturing facility in Westminster, Md., about 40 miles northwest of Baltimore. The 85,000 square-foot facility will continue to focus on heavy glass fabrication for commercial and residential shower doors, railings and partitions, and will service the mid-Atlantic region and into southern New England. 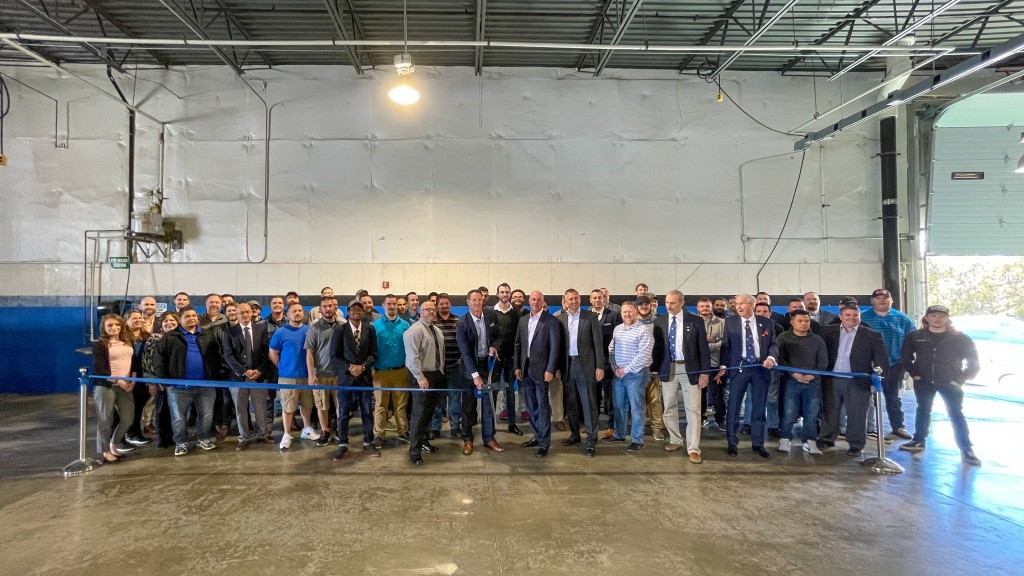 310 Tempering held a ribbon-cutting at its new facility in Maryland on March 10.

“We’ve been very blessed over the last five years, even through COVID, we’ve steadily grown at the pace we wanted to grow,” says Greg Abrams, president and CEO. He says while they do have space in Louisville, the company found itself at a place where if they wanted to have more capacity they would need to double the space.

“We knew we didn’t have to stay here [in Louisville] and we knew that Baltimore was a good market for us. In fact, one of our first trucks in 2015 went to Baltimore,” says Abrams. “We have good relationships [in that area] and it represents 25 to 30% of our business now. We found the building last year, and received some great economic incentives. We’re looking to be at full production by May 1.”

To assist with project costs related to the expansion, the Maryland Department of Commerce approved an Advantage Maryland conditional loan for $320,000 and a $50,000 training grant. Additionally, the project is eligible for state tax credits, including the Job Creation Tax Credit and the More Jobs For Marylanders Tax Credit.

For the new location, the company plans to hire 80 new full-time and permanent employees by 2025. John Thacker, who Abrams has worked with in the past, will serve as production manager of the Maryland location.

The company’s operations will also continue in Louisville.

“We’re pretty close to capacity here, so this will free us up a bit and it also allows us to get into other areas of the Midwest, allowing us to branch out,” he adds.

As far as the growth drivers, Abrams says they’ve continued to stay busy with shower enclosures for residential and commercial projects; laminated glass for railings has also picked up.

“Our consistent quality is the number-one reason why we’ve experience good fortune. We don’t try to go after a lot, but stick to what we’re pretty good at and that’s allowed us to share business with some of the bigger companies, as well, who maybe don’t want to do the smaller parts of a job.” For example, a larger fabricator may have the entire glass railing package on a project, but 310 will take on a smaller portion, such as the staircase railings.

In just the few years since beginning operations in 2015, the company has seen just the right amount of growth.

“We always said we didn’t want to grow too fast,” says Abrams. “A lot of companies [when they start] find they are over-promising and under-delivering … we’ve done a nice job of steady as it goes and we don’t over promise,” he says, adding that they’ve still grown at a faster pace than they originally thought they would. “And it’s all about the people. We’re fortunate to have good people on board.”

So what’s next? Will there be more locations in the future? It’s too soon to say, but not something to rule out.

“This is the first time we’ve really been out of the area we live. If all goes well, who knows what could happen next,” says Abrams. “If we continue to have great people and to be blessed and successful, maybe there could be more [locations] down the road.”