Southern Stretch Forming regretfully announces Don Walker’s passing, a valued employee and friend who passed away from complications related to a recent illness. 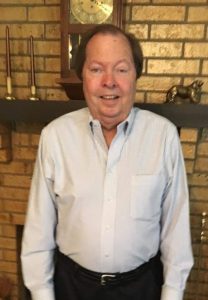 Walker was a well-known and beloved figure in the architectural metal industry, spanning nearly 50 years. He developed lifelong friendships with co-workers and customers while employed at Atlas Architectural Metal, U.S. Aluminum, Tubelite and Southern Stretch Forming.

Prior to working in the metals industry, Walker was an officer of the United States Air Force from 1967 to 1972, serving in Cameron Bay, Vietnam, and other overseas countries. After leaving the military, he settled in the Dallas area with his wife, Lynda. They had been married for close to 55 years.

“Walker was a strong man of faith and love. If ever he learned of hardship or adversity in your life, he was quick to add you to his and Lynda’s prayers list,” reads an announcement from the company.

The company adds that his “weekly sales call report was always a source of reading enjoyment as he detailed his many conversations with those in the metal business. Often described as “my good friends,” he enjoyed reaching out to customers and prospects. His kind nature and easy-going approach to solving business challenges came naturally. He will truly be missed.”

As Walker requested, no services will take place, but his family appreciates your love and support during this difficult time.