The years following World War II were some of hope and recovery for many. Families reunited and those who had set off to fight halfway across the world returned to the States, doing whatever possible to pick up their lives from where they left off.

Marvin McClatchey returned from serving and aimed to begin his new chapter as a business owner. As a former employee of aluminum producing company Alcoa, he set his sights on what he knew best — aluminum — and Southern Aluminum Finishing Co. (SAF) opened for business. Seventy-five years later, the company continues to expand and thrive, now led by second and third generations of McClatcheys. 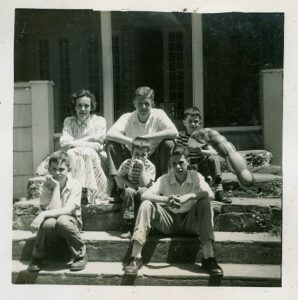 Starting a career in any industry that experiences a prolonged boom period can provide a sense of invincibility for anyone. Nothing but success is known. However, no one is exempt from facing a challenge.

John McClatchey, vice president of sales and marketing and grandson of SAF’s founder, began working for the company in 2003. A few years later, the economy halted, devastating the industry in a way no one expected.

“We were in the midst of a commercial building boom over the first five years that I worked with SAF,” McClatchey says. “I just had it in my head that things were going to be booming forever. They were never going to slow down. That’s all I knew for five years, non-stop.”

The market crash of 2008 was the start of struggles for many companies. McClatchey said the commercial glass industry didn’t really feel the effects of the crash until 2009 and 2010 since glazing is usually the last item to be installed on a building. He recalls that,  on one particular project started in 2008, the glass wasn’t installed until a year or two later. “That was one thing I learned that really resonated with me,” he said. “And things gradually got better.”

SAF began as an anodizing business, eventually growing into a supplier of architectural metal to the commercial construction industry, primarily serving commercial glass contractors. The company was founded and is currently based in Atlanta, with locations in California and Indiana and has a total of about 250 employees.

The company has changed in many ways over the years, but its continued growth is simply a response to consumer demands. With five branches across the country, a business can only hope to continue expanding and servicing as many customers as possible.

Penn McClatchey is Marvin McClatchey’s son and the current CEO. He recognizes the company’s humble origins, and that growth and expansion come with challenges.

“There have been so many changes in society and in business,” he says. “I think we’re a little more decentralized. Now, of course, when my dad was running it, it was just one branch… we’ve seen a lot of organic growth and some growth by acquisition. It’s hard to overstate the importance of innovation and adapting to change.” 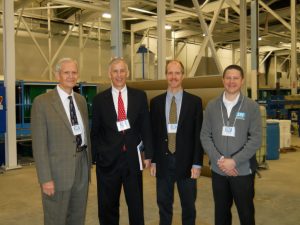 While the COVID-19 pandemic temporarily had halted plans for growth,  business is beginning to return to normalcy, and SAF doesn’t anticipate wasting time. In fact, the company has plans for future growth and expansion in the works. There are also plans to commemorate the milestone of a 75th anniversary – safely, of course. John McClatchey says later in the year they will likely plan celebrations at each of the company’s locations.

1 Response to SAF Reflects and Commemorates its 75-Year Journey