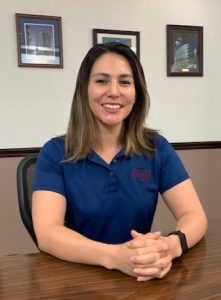 Accura Systems of Sunnyvale, Texas, has announced the promotion of Diana Navarro to the position of project manager. Navarro has worked with Accura for seven years, starting as a fabrication technician in the CAD area. She then moved into CNC programming, where she worked until 2019. In September 2019, Navarro was promoted to a project coordinator position.