On May 6, 2011, Richard and Laura Wilson decided to tear down a wall in the building of the company they just started in Collingwood, Ontario. “We tore down the block wall and put up glass between the front office and the plant so that there was no division,” says AGNORA president Richard Wilson, reflecting back on the company’s start ten years ago this week. “Everyone could see right into the plant; it’s floor-to-ceiling, wall-to-wall glass … everyone is welcome to go either place. There’s no segregation at all.” 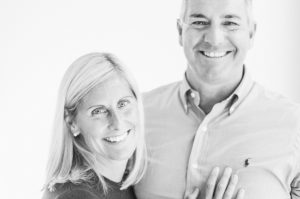 In addition to celebrating a decade of business, Wilson says eight of the company’s 70 employees have been there since the beginning. “There were only eight people when we opened the business. And all eight are still here.”

Wilson attributes much of the success from the past decade to providing a memorable experience for customers. He likens the company to a customer relations firm that also fabricates glass.
The lockdowns that came with the COVID pandemic were an obstacle that the company had to work around. Wilson did not want customer satisfaction to suffer.

“Something we’ve been learning over the last 10 years is how to make a better customer interaction and to give better customer service because that’s all we’ve strived for from the beginning,” Wilson said.

He says one of his favorite moments is entering the 225,000 square foot facility, meeting the employees, walking through the building and having the opportunity to see the equipment and the layout of the plant. That’s an experience the pandemic took away from workers and customers. However, Wilson says they developed a way to work around some of those obstacles and ensure that the customer experience would not suffer. For example, they developed a digital tour of the facility that allows virtual visitors to stop at each piece of equipment and even have “conversations” with project managers or marketing manager, Adam Mitchell. 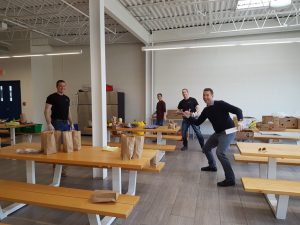 “You can interact with them and have a conversation about every piece of equipment, ask a question. It’s not just this static video that you watch a tour of a building. It’s actually an interactive exchange,” Wilson said.

ANGORA can fabricate glass as large as 130 by 300 inches, has fabrication capabilities that include tempering, insulating, laminating and digital printing, among others, and has supplied its jumbo glass products for a variety of niche applications.

AGNORA has played a role in several notable projects throughout its 10 years including the grand opening for fast-fashion clothing company H&M’s flagship store on New York’s Fifth Avenue five years ago.

One of Wilson’s favorites was working on the additions for the famous Fearless Girl statue in New York City to commemorate International Women’s day. The installation featured pieces of glass surrounding the 4 ft. tall statue, signifying a break in the glass ceiling.

Safety precautions in place to mitigate the effects of COVID have delayed any official celebrations for the 10th anniversary the way AGNORA had hoped.

In a video addressing the team, Wilson said it’s only an anniversary of 9.9 years, until they can properly enjoy their successes and celebrate the tenth-anniversary milestone.