Bob Linford Retires from Glass Industry after More than 50 Years 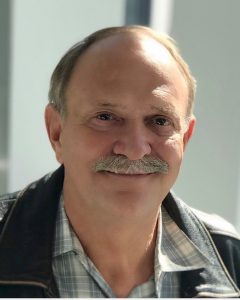 After more than 50 years working in the glass industry and about 15 working for Giroux Glass, Bob Linford has announced he will retire at the end of May.

Linford began working in the industry at the age of seven for his father’s company, Linford Brothers Glass, in Ogden, Utah.

He started at Giroux in 2003 as a project manager and then, an estimator. In 2004, Linford was promoted to general manager.

In 2008, he left Giroux but returned in 2011, because he says he missed the company culture.

“The Giroux culture is why I have stayed here so long,” Linford says. “It starts and is maintained at the top.”

“It’s been a pleasure working with Bob and watching him enthusiastically mentor others,” says Nataline Lomedico, CEO and president of Giroux Glass. “His wit, humor and knowledge have inspired others to want to learn. My heart is full knowing that Bob, a man of great integrity and passion for the glazing trade, will leave a piece of himself with so many of us here at Giroux.  He is a rare gem indeed!”