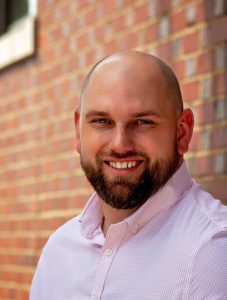 Josh Herman has returned to Tubelite as a client development manager serving western Pennsylvania and northeastern Ohio. Based in Ohio, he previously served in this role from 2018-19. He returns as a manufacturing representative and the founder/president of Herman Architectural Products, LLC. Most recently, Herman worked as an outside sales representative at W.A. Wilson Glass in Canton, Ohio. He previously was employed at Everhart Glass Company, also located in Canton. While at Everhart, he served as an operations manager and as a shop foreman. He has also served as a project manager at Oldcastle BuildingEnvelope® in Warwick, R.I. Herman perused a bachelor’s degree in business finance at the University of Akron, received his Real Estate Certification from Hondros College in Akron, Ohio, and is active in his community as a youth sports program coach.