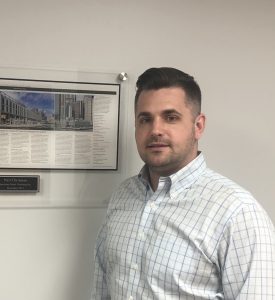 Spectrum Metal Finishing announced that Neil Chrisman IV has succeeded his father, Neil Chrisman III, as president of the company which the elder Chrisman founded in 1993.

Chrisman IV joined Spectrum Metal Finishing in 2013, having worked in every department after starting on the shop floor. He became business development manager in 2014 and vice president of operations in 2015.

“After working for six years as the vice president of operations, Neil has earned the right to succeed me as president,” said Chrisman III. “He has a thorough understanding of our products, our services, the building industry and the needs of our customers. I am confident that he is the right person to lead us into the next generation.”

While Chrisman III is no longer president, he will remain a full and active member of the sales team headed by Jared Ruggieri, national sales manager.

“We will be actively seeking new markets and growth opportunities coming out of the pandemic in 2021,” Chrisman III added.