C. Craig Washing, a resident of Montgomery, Ala., and an accomplished figure in the glass industry, passed away on April 27, 2021, at 81. He is survived by his wife, Marti Washing. 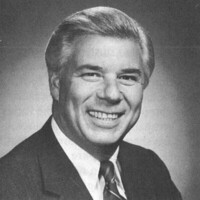 Washing was born on July 18, 1939, and graduated from Ohio State University in 1962 with a bachelor’s degree in management and as a member of Phi Delta Theta. His career in the glass industry began as a sales trainee in the Chicago office of what was then Libbey-Owens-Ford Company (LOF), today Pilkington NSG. He was subsequently assigned a permanent sales territory with LOF in Denver.

Washing then went to work for LOF subsidiary Bogardus Wilson in Canada in 1973. He returned to the LOF corporate office in Toledo, Ohio, in 1983 as the vice president of sales and became national public relations manager in 1985.

Washing became VP of sales for Norment upon Apogee’s purchase of Norment.

“To sum up Craig’s industry reputation would be a true gentleman, congenial, honest, trustworthy and loyal friend to all,” said Jerry Anderson, retired president of Apogee.

Washing had also written several articles on safety and security glazing for USGlass magazine over the years and was previously recognized as one of the magazine’s “People to Watch.”

Washing noted that his favorites hobbies were golfing, traveling and photography. He said he would like to be remembered as having “spent 40 years promoting the products the industry has to people that needs to know about their advantages.”