Robert “Bob” Burkle Cobie, of Plain City, Ohio, passed away in early July. He was born in 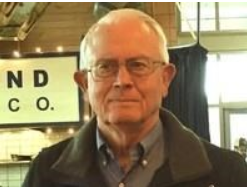 Ackley, Iowa, on April 22, 1941. He started his career in the glass division of Ford Motor Co. in 1963 and later joined Guardian Industries in Detroit. He eventually became engineer and plant manager of a new float glass plant with over 600 employees. In 1977, he helped build Tempglass Western, a glass tempering plant in Fremont, Calif., and eventually became president of the plant. In 1985, he joined AP Technoglass in Bellefontaine, Ohio,  as vice president and plant manager. Cobie retired in 2002.

He is survived by his wife, Nancy McMaster, and their children, Heather (Rob) Merkle; Jennifer (Tad) Sliwak; and grandchildren, Ethan and Evan Merkle and Avery and Alexis Sliwak.