Editor’s note: This is the first in a three-part series that will look back on the events of September 11, 2001, and the impact they have had on the glass and glazing industry. If you would like to share a remembrance of this day, please email Ellen Rogers at erogers@glass.com

Just weeks away, the 20th anniversary of what may be the most devastating attack ever witnessed on U.S. soil will be commemorated. 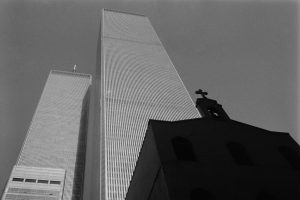 September 11, 2001, is a day the world will never forget. The attacks on the World Trade Centers (WTC) in New York, the Pentagon in Washington, D.C., and United Airlines Flight 93, which crashed in Pennsylvania, claimed the lives of nearly 3,000 people and left more than 6,000 injured. USGlass magazine covered the aftermath of the event extensively in the October 2001 issue, as well as the 10-year and 15-year anniversaries. As we approach the 20th anniversary, we will continue to remember the tragic events and the impact they have had on the development of protective glazing products and the way buildings are now designed and constructed.

Protective glass and glazing could not have stopped the day’s tragedies from unfolding, but the industry remembers and uses the events that transpired to improve its products to make even the smallest difference.

Start of the Conversation

While many officials note the Oklahoma City bombing in 1995 as the moment that really started the discussion surrounding security and protective glazing, it was the attacks on 9/11 that forced the construction sector to emphasize it–metaphorically bolding, highlighting and bookmarking the conversation.

“The Oklahoma City bombing… created urgency in the glass and glazing industry about how you better protect buildings that might be exposed to those manmade type of events. 9/11 was something that we’d never had before — something off the charts,” says Jon Kimberlain, senior TS&D scientist at Dow Performance Silicones.

Several industry experts say that a major change the construction industry has seen was understanding and awareness in materials.

“There is a greater consideration of the present and future need for safety and security glazing in commercial and residential buildings,” says Julia Schimmelpenningh, a technical leader and support lab manager at Eastman Chemical Co. “Previously, only blatantly high-risk applications would have had security glazing specified at the design stage of a facility. Today, more facilities are considering the early integration of these levels of basic protection to avoid costly retrofitting or occupational use limitations throughout the life of the building.”

The glass and glazing used in the Pentagon, WTC and surrounding structures was only a small part of the wreckage and damage of the harrowing day. There is more to be considered of those products now compared to 20 years ago.

“Today, protective glazing means more than a means of thwarting burglars. It also means protecting people from flying glass that can occur after an explosion.  After 9/11, there was a bigger demand for laminated glass because of its ability to retain glass fragments after breakage. In addition, it could be manufactured in a range of glass and interlayer thicknesses to meet the security requirements of the building,” says Valerie Block, executive director at the Façade Tectonics Institute, who has extensive experience working with protective glazing products.

While there isn’t a glass or glazing solution that can withstand the force of an airplane, says Ron Hull, director of global high-performance products at Kuraray America, compared to the products of 20 years ago, buildings today are more resilient and bomb-blast glazing systems can protect the occupants of buildings from being harmed.

In addition to those inside, these products can also protect those outside. When the Pentagon was struck on 9/11, it had been in the midst of a major renovation. One area of that building struck by the plane had been retrofitted with blast-resistant windows, two inches thick and 2,500 pounds each, which stayed intact during the crash and fire.

“The building wedge suffered incredible amounts of damage, but the fact that the wedge struck was newly renovated, one can clearly understand from the dramatic recounting of those in the building that the blast-resistant window and wall performance provided precious time allowing many people to get out of the collapsing wedge to safety,” says Schimmelpenningh.

Viracon was involved in the renovation work at the Pentagon prior to the attacks. “We had recently replaced glass in there with a much stronger security glass product that did provide levels of safety… that glass, being recently renovated and replaced on the building, actually did provide some levels of safety for occupants within the building,” says Garret Henson, vice president of sales and marketing at the company. 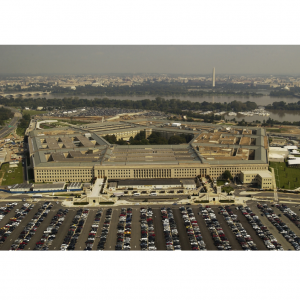 No protective glazing could have prevented the tragedy of September 11, 2001, but it’s a day that still gives the industry pause and forces consideration of the safety and protection that products can provide.

If today’s technology was available 20 years ago, buildings would likely have been more resilient and seen less damage from manufactured and natural threats, adds Hull. Today, a number of different structures implement the use of structural glazing.

Security glass is also being used in schools, universities, commercial storefronts, personal residences and the private sector as opposed to being primarily used in government buildings 20 years ago, he says.

The products used in glass, glazing and construction, in general, have undoubtedly changed and evolved.

“Physical attack and ballistics requirements in prisons spurred the development of glass-clad polycarbonate laminates in a variety of configurations,” says Block. “A concern for safety in U.S. embassies resulted in the development of security products that could meet designated blast and forced-entry/ballistics requirements. Probably the most recent area of product development has been for schools. Keeping students and teachers safe has become a priority for school districts around the country.”

“New combinations of glass, interlayer and films, as well as formulation changes and adjustments in the polymer-based components, have been seen throughout the last 20 years,” says Schimmelpenningh. “Most notably would be the products initially developed for the code-driven Florida hurricane impact market have been tested and brought forth as resoundingly successful security products for applications [for which] they may not have initially been intended. The use of multi-layer interlayers, for one has opened possibilities of bringing safety and security, but also continuing to deliver sound control, structural capacity, solar performance and lively color options.”

She stressed the importance of the industry’s creativity, communication and willingness to innovate as being a cornerstone “that has led to new system developments that meet these ever-changing needs. These needs also spur additional innovation and new product design that will sustain this market as needs evolve in the future.”

Ask most any American adult, and they will probably be able to tell you where they were on September 11, 2001. A terrifying day for the country, but one with a story that holds lessons for every business, company and industry. Experts agree that the knowledge gained from the tragic day is still considered.

“Expect the unexpected,” says Schimmelpenningh. “Respect the needs identified in the risk, threat and vulnerability assessments for the facilities and be sure to have a contingency plan so that as the project build progresses, the glass performance specified doesn’t get engineered out due to cost overruns and allow the fall back to minimum code requirements only.”

Block concurs, stating that those “[In the glass, glazing and construction industry] learned to be more [risk-averse], or at least to consider the benefits of protective glazing. It could be a building owner will never have to experience the trauma of 9/11 or other attacks that have caused death and destruction, but to many building owners, it is best to err on the side of safety.”

Growth and evolution in the construction sector won’t end. It’s clear that lessons are still being learned 20 years later, and trends and attitudes suggest that innovations will continue and progress in glazing products are inevitable.

This article is from USGNN™, the daily e-newsletter that covers the latest glass industry news. Click here to sign up—there is no charge. Interested in a deeper dive? Free subscriptions to USGlass magazine in print or digital format are available. Sign up today.